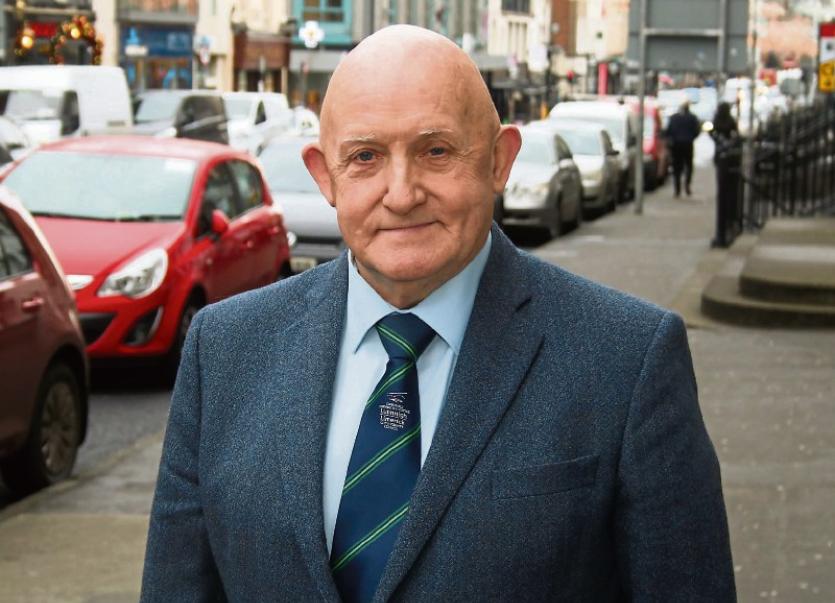 VETERAN Limerick councillor Kieran O’Hanlon has accused Fianna Fail of showing him a lack of “respect” following the shock defeat at his own selection convention.

Party headquarters ruled that just one candidate should go forward for the seven seater City North ward in a move which saw Corbally activist Christy McInerney prevail – but the two-time mayor left out in the cold.

It looks likely Cllr O’Hanlon will contest his sixth election after Fianna Fail leader Micheal Martin stepped in personally to ensure the Rhebogue man is added to the ticket.

However, Cllr O’Hanlon has said he has not heard from headquarters as of yet, warning: “There is a limit to my patience.”

Speaking for the first time since missing out on automatic selection, he said: “There were three candidates on the night and I would have thought a councillor who was elected five times might have been shown more respect.”

He added many people suggested to him that as a sitting councillor, in the event of a directive of just one candidate, the other two candidates seeking selection – Mr McInerney and Pat O’Neill, Coonagh – should have stepped aside.

After the convention at the Greenhills Hotel, Cllr O’Hanlon admitted to being “disappointed and gutted, as were my family”, and took time out before formally responding.

“Having been a councillor for 28 years and facilitated the party in the last election by moving ward where I couldn’t even vote for myself, there was an expectation among most people I’d head the poll without much difficulty,” he said.

In 2014, Cllr O’Hanlon was seeking to run on the northside – but moved to the much tougher City East district, in order to help his long-time friend, the late Joe Crowley secure election.

Communication within Fianna Fail, he adds, has been very poor since the convention.

Asked if he had considered running as an Independent candidate, he said: “That consideration certainly did come up in discussion with my family. A lot of people who rang me were encouraging me to run regardless.”

However, he compared being an Independent to the five-year stint he had in the last term of Limerick City Council as the only Fianna Fail member at a time when the Soldiers of Destiny were out of favour due to the economic crash.

“It was difficult to get things done in that time,” he admitted.

Cllr O’Hanlon said the ball is firmly in the court of Fianna Fail headquarters, “and I’d encourage them to make a decision very soon”.

A spokesperson for Fianna Fail said: “The party’s national constituencies committee is currently reviewing the matter and its intention is to finalise matters shortly.”

First elected in 1991, if Cllr O’Hanlon were to be returned, he would be the longest serving member in Limerick City.