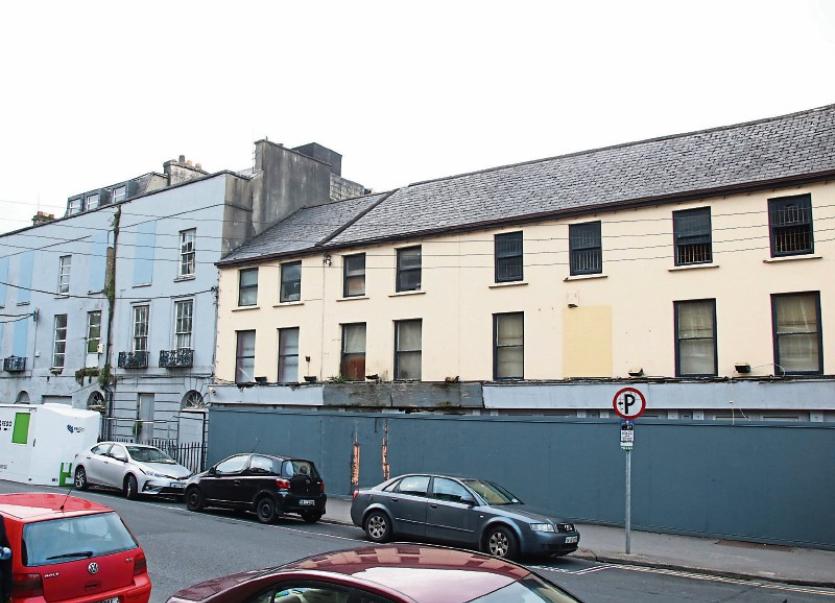 LIMERICK’S local authority has confirmed that it is “stepping up” efforts to combat dereliction in the city and county.

Limerick City and County Council is to issue Compulsory Purchase Orders on eight derelict sites, including both residential and commercial properties, it confirmed this Tuesday evening.

It said the move “signalled a significant intensification of its ongoing efforts to tackle dereliction in the city and county, with the publication of notice of its intention to compulsorily acquire eight derelict properties under the derelict sites and housing acts”.

The Limerick Leader revealed recently that a block of vacant properties on Catherine Street had been added to the Vacant Sites Register.

The Council has also published confirmation notices of the completed compulsory acquisition on a further two derelict properties.

The Council said the proposed acquisitions under the Derelict sites Act 1990 and the Housing Act 1966 were “part of an intensive ongoing programme to deal with dereliction across the city and the towns and villages in county Limerick”.

“In 2018 the Council completed over 500 inspections of derelict properties. The Council acknowledges the property owners who have engaged with them and addressed any dereliction issues associated with their properties,” said a spokesperson.

Generally compulsory acquisitions arise when the owner of a derelict property is unknown, where there are title issues with the property or where the owner does not adequately respond to requests by the Council over a prolonged period to address dereliction.

Gordon Daly, Director of Services, Limerick City and County Council advised that owners of derelict properties are first offered advice on how to deal with their derelict properties and a range of options including the Lease and Repair Scheme, Buy and Renew Scheme and the Business Retail Incentive Scheme.

“Our message to communities is that we are listening to your concerns on dereliction and we are stepping up our efforts to deal with this issue across the city and county,” he said.

“Our message to owners of derelict properties is simple: Please engage with the Council or if not it will use the full range of statutory powers available to it including the imposition of levies and compulsory acquisition,” he added.