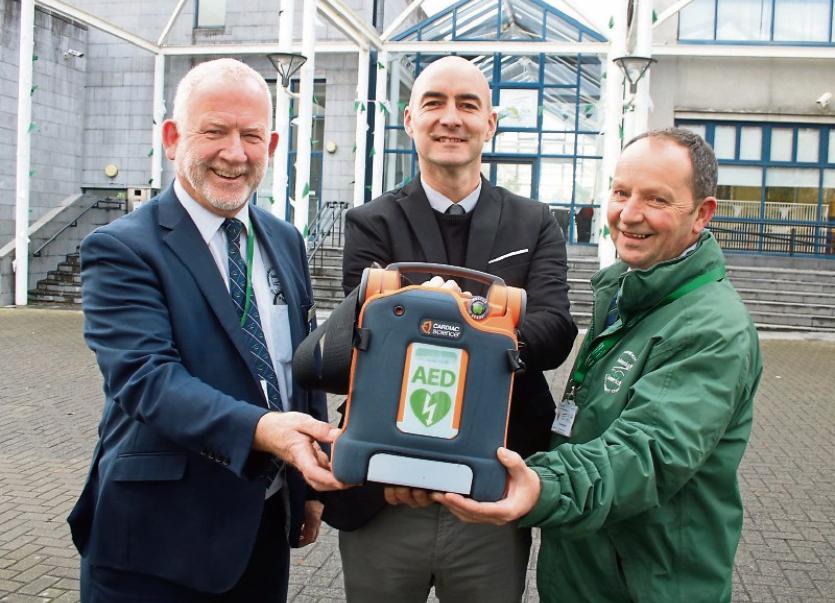 THE METROPOLITAN Mayor of Limerick has launched a unique campaign to register and map every defibrillator across the city and county, in a bid to save lives in emergency scenarios.

Cllr Daniel Butler has teamed up with Community First Responders (CFR) in rolling out Ireland’s first ever public mapping system for automated external defibrillators (AEDs), and is calling on the public to register their defibrillators via the CFR website.

“A lot of people come to me about defibrillators and they want one for the community. And there are actually a lot of defibrillators out there but we don’t know where they are, so I came up with an idea of rolling out a mapping system.

“It’s about making sure we know where the AEDs are and that we can actually save lives,” he told The Leader this week.

As well as CFR, Cllr Butler has approached Limerick City and County Council and Healthy Limerick about the idea. He said CFR was already starting a process to map defibrillators.

#Limerick please help me to get every defibrillator registered on an online mapping system with @CFRIreland Ease of access is vital as there is only an 8-10 minute window of survival for those who suffer cardiac arrest. Register your local defib here: https://t.co/8AW7ZUegiH pic.twitter.com/oy6AsVOe2s

The National Ambulance Service already has a similar GPS system, but Cllr Butler said that its registration system is “far more complex”. He said that the NAS will benefit from this new initiative.

“We want people to put it up online, whether they are private, whether they are in a club or in a school or a public one, wherever they are, we want to get a mapping system out there so they become a resource for the community because that’s really what they should be about.

“We also want to get people thinking about, okay, if one is locked away in an office somewhere, it’s not in much use. It has to be in public display, and we also want people to check them annually in terms of the battery. Because if they are not in use, they will obviously have a limited lifespan in the unit.”

Cllr Butler explained that a new AED can cost between €1500 and €2,500 with an additional €500 on storage costs. To register your defibrillator, visit http://crf.ie/aed-register-form.

Cllr Butler has called on Tanaiste Simon Coveney and Minister for Health Simon Harris for their support via Twitter.