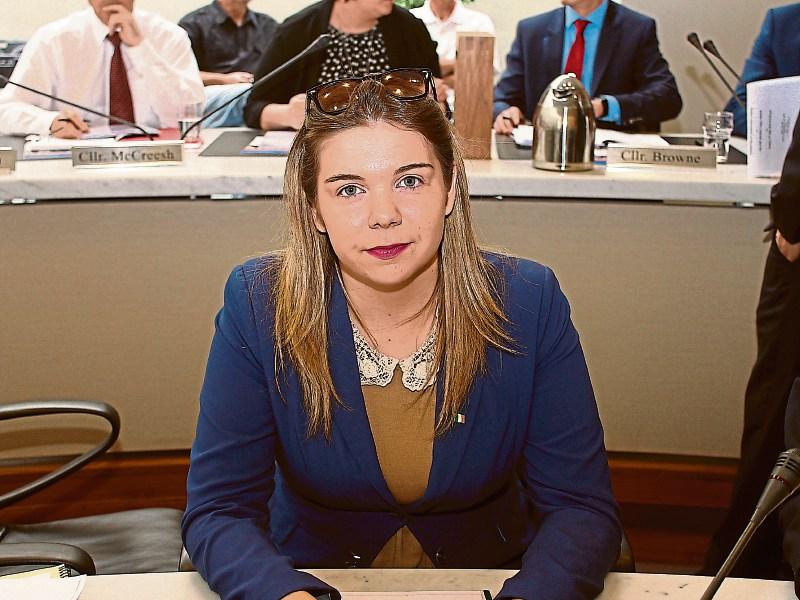 THE “frustration” of juggling a full-time job with council commitments has prompted three female local authority members in Limerick to reveal they are considering their political futures.

Following the shock move by Cllr Vivienne Crowley to step aside, Glenroe’s Lisa Marie Sheehy and Athea’s Ciara McMahon are both weighing up whether to seek re-election to Limerick City and County Council. At present, just eight women sit on council – well under a quarter of the 40 members.

“I’m still considering it, but I can understand why young female councillors are pulling out,” Sinn Fein councillor Ciara McMahon told the Leader. “It’s a hectic schedule. It’s a full-time job, but it’s very hard to juggle another full-time job with it. I work a 39-hour week on top of my council work.”

Councillor Sheehy, who became the youngest member in the country when she was elected in 2014, was tight-lipped.

But a number of councillors have told this newspaper that the former Sinn Fein representative is unlikely to seek re-election. Asked by the Limerick Leader, Cllr Sheehy insisted she had not yet made up her mind.

“I’m keeping everything under consideration,” she said.

Cllr McMahon said she would make a final decision on her own political future, ahead of Sinn Fein's county conventions early in 2019.

She said this week she has been lucky to have had an understanding employer, who has allowed her to balance work and council.

“I think it’s very difficult for someone who is on a normal 39-hour a week job. If you’re not self-employed, it can be very difficult to juggle a schedule. I think that’s why people are reconsidering. It’s a full time job.”

“There is no greater reward than achieving something for someone, whether it is getting a grant or a house. But I work back every hour I am gone for council. It’s something my employer has allowed me to do, and it’s something I am very grateful for,” the councillor added.

Earlier this week, Cllr Crowley, who at 26 is the second youngest member of the local authority, confirmed that she would not be running, saying she was also finding it hard to “balance” a job and political work.

Her move gives Fianna Fail bosses a headache, with the party keen to have a good proportion of women on its election ticket –at present, the only female running in the city area is Catherine Shanahan, of the Old Cork Road, in City East.

But party bosses could draft in a second candidate on the northside, after they allowed the grassroots to pick just one candidate his week, a move which has cost Cllr Kieran O’Hanlon his place on the ticket for the time being.

For its part, Fine Gael also appears to be short in female representation in terms of its metropolitan election ticket.

In City East, it is running Cllr Marian Hurley, while Cllr Elenora Hogan will contest City West. The party has yet to make its move on the northside.

Sinn Fein is looking at a three-candidate strategy on the northside, and is expected to field Caherdavin’s Sharon Benson alongside Cllr John Costelloe and John Nugent, Garryowen. It’s understood in City East and City West, it will be Cllrs Séighin Ó Ceallaigh and Malachy McCreesh running on their own, with urban conventions next week.