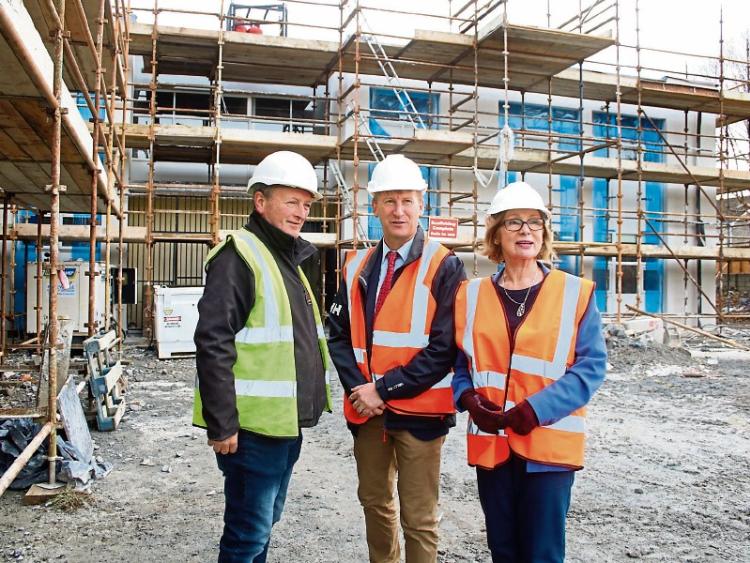 CONSTRUCTION on a “first-class” multi-million school project in Limerick is a month ahead of schedule, with students on track to move into their brand new school come September 2019.

Building works on the €6.1m project for St Paul’s National School in Dooradoyle are expected to be completed by the end of the June, according to principal John Tuohy.

“That’s due to the hard work of our construction company Connack and also due to the weather,” Mr Tuohy said.

The completed building is expected to be handed over to the St Paul’s board of management in July 2019, with 650 St Paul’s students to move into their new state of the art school.

“All the facilities will be first class, very up to date, with excellent IT facilities and physical education facilities.”

As well as 16 refurbished classrooms, the new build will include eight new classrooms and 12 special education rooms.

“The build will also include a new children’s playground, an all-weather pitch and IT hubs within the school and a brand new library,” he added.

Visiting the site in Dooradoyle this week was Limerick City Labour TD Jan O’Sullivan, who oversaw the project during her time as Minister for Education.

“At the time, there was a rapidly expanding population in the Raheen, Dooradoyle area,” Deputy O’Sullivan said.

“They really had a need for more classrooms to cater for the expanding numbers.”

“When I was Minister for Education, I would have worked closely with the school to ensure it was including in the building programme, and that the project was appropriate to the needs of the school.”