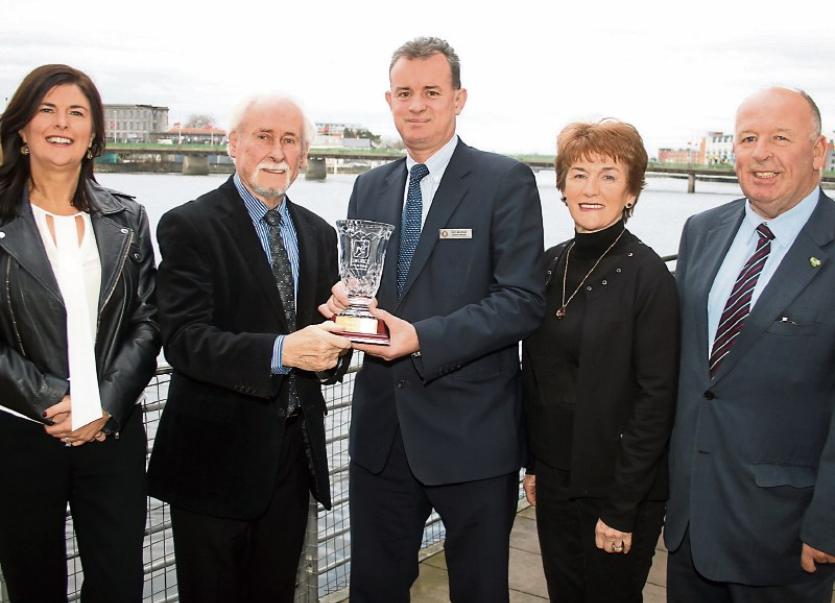 A LIMERICK historian and rock ‘n’ roll fanatic has been named the Limerick Person of the Month after delivering the definitive chronology of the city and county’s music scene since 1800.

“I’m delighted to get this award and get recognition for all the work over the past few years. There are so many great people who have got this award before me and I am delighted to be in the same company as them,” said Corbally man Paddy Brennan who spent three years working on The History of Limerick Music 1800 - 2018.

The 556-page book was released in a regular softback, and in a special edition hardback edition which, due to phenomenal demand, is now sold-out

“I also had a double CD going with the special edition box which had 32 songs of all Limerick artists going back to 1900.

“ It just shows the amount of talent there was in Limerick and the almost 600 pages of print shows it as well,” said Paddy.

A native of Limerick city, from the Carey’s Road/Hyde Road area, Paddy has lived in Corbally for the past 48 years.

Around five years ago Paddy brought out a triple CD of 62 songs by all Limerick artists.

“It took me two years to bring it out due to copyrights and clearances and so on. I felt if that was there on disc this was the time to put it on print.  So that formed the basis for this idea.”

Paddy set about compiling all the photographs he had gathered himself and then started contacting people. The word spread.

“People were very cooperative,” he explains. “I was onto some major artists who came from Limerick - Richard Harris’ family and The Cranberries were so helpful in every way in terms of what they gave and they also gave a song for the CD as well. You had all the other bands like Tuesday Blue, Granny’s Intentions and then whoever would be alive from the dance band era of the ‘60s and ‘70s.”

Paddy set himself a rule to use only very high quality photographs in the book.

“Unfortunately, one or two would have been taken back in the ‘30s and ‘40s so the quality would be slightly inferior but generally the photographs are very good.”

Initially it was intended that the book would be a 150-page publication but as the content came in, the project grew.

“I was three years at the book and the longer it went on the bigger it got so I was advised that I have to leave go this project.  I was always reluctant because I was worried I was missing somebody. I finally had to leave it go seven or eight months ago before the final printing details could be looked after. It was three years in research,” says Paddy.

“My nephew (Ken McLoughlin) was the graphic designer and he was so committed. He loved working with Paddy and found it all so interesting. I would be there making the tea and the coffee and the desserts and keeping that end of it going,” smiled Geraldine.

The couple have four children Glen, Ross, Neil and Karla who all took up music.

Hundreds of fellow music fans and locals attended the launch of the new publication at Thomond Park in late October, by Paddy’s friend Mick Moloney, the Castletroy native who has become one of America’s most iconic figureheads in Irish traditional music and culture.

“I would like to thank all the people who got behind the special edition book because only for that the finances wouldn’t be there to put the whole project in place,” said Paddy.

“All my friends, people in the music business, people in commercial business, and family all supported it. You can see from the quality of the book - it wasn’t a cheap book. I got great cooperation from everybody with the result now that the special edition box is sold out and there are loads of people looking for it. Unfortunately, it cannot be repeated. There were only 250 copies,” he explained.

The general book is still on sale in local shops priced at €30.