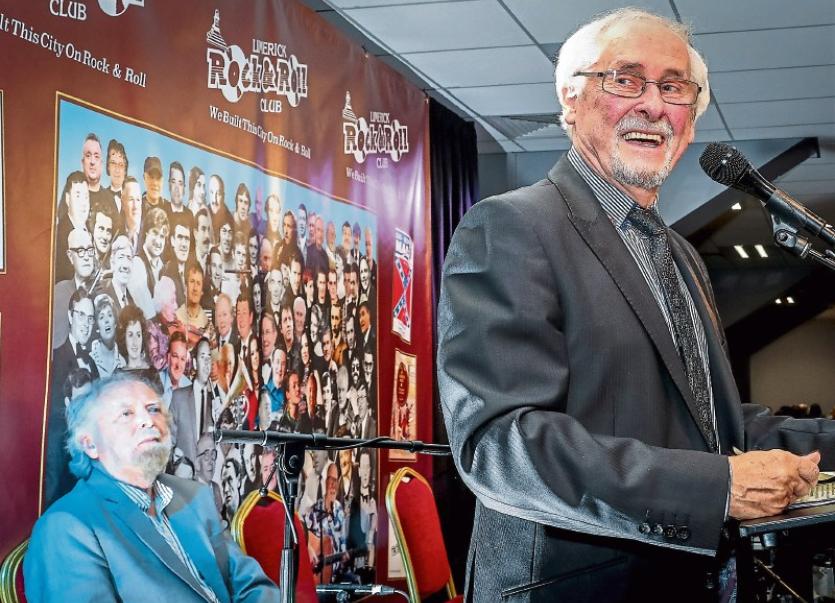 THE definitive collection of Limerick music has been lovingly brought to book by Paddy Brennan in a lifetime’s work for the local music legend.

The Corbally man launched The History of Limerick Music: 1800-2018 at Thomond Park on Monday evening.

Hundreds of fellow music fans and locals attended the major event where Paddy discussed the background to the book, a project he has been painstakingly working on for a number of years.

The book was officially launched by Paddy’s friend Mick Moloney, the Castletroy native who has become one of America’s most iconic figureheads in Irish traditional music and culture.

The major project is a 556-page book, featuring more than 1,400 photos, many of which are exclusive, never-seen before images of some of Limerick’s most iconic musicians. The book chronicles a complete history, starting in the classical era of the early 1800s when underdog George Alexander Osborne left Limerick to make a name for himself in Europe.

A look at music history cannot be written without mentioning two of the most seminal artists in their genre—operatic idol Catherine Hayes and rockstar Dolores O’Riordan of The Cranberries.

Paddy also writes about the tense rivalry between marching bands and the emerging showbands of the early 1900s, followed by the anti-establishment scene of the beat groups, such as Granny’s Intentions, during the 1960s.

“It’s fascinating, the trouble that went on between all the local bands from different parts of the city,” Paddy told the Leader this week.

And before the Cranberries rose to global fame, Tuesday Blue was Limerick’s most prominent act of the late 1980s. Though they were known across the United States, they were always “on the verge of a breakthrough”, Paddy said.

Paddy also looks at the contemporary acts that perform at Dolan’s, Nancy Blakes and other small venues. Paddy’s book comes in a regular softback edition for €30, and a special edition hardback, featuring a double-CD of local artists, for €100.