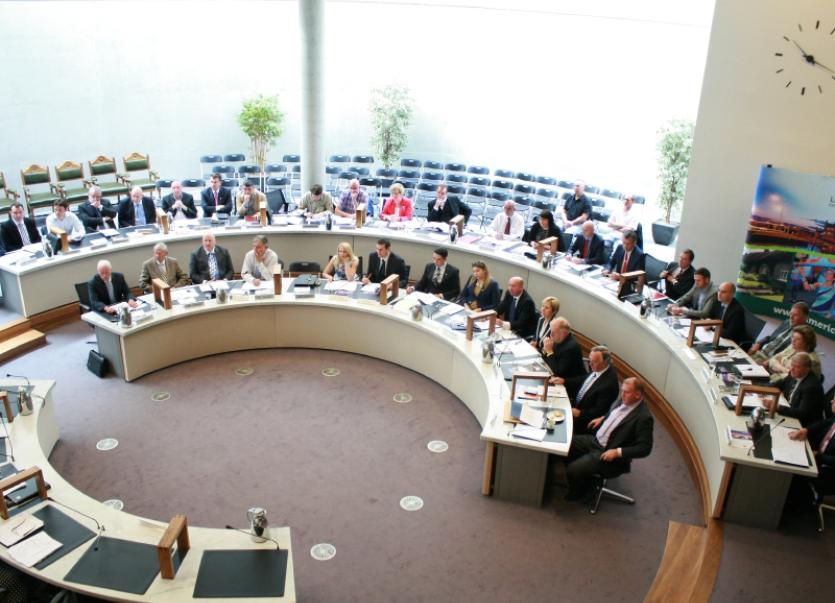 LIMERICK councillors have backed the local authority budget for 2019 by the narrowest of margins.

When it came to the final vote, just one vote split the two sides, with Fianna Fail and Fine Gael once again differing in its views to the local authority estimates.

What it means for local businesses is there will be a commercial rates hike of 1.9% next year.

However, the devil is in the detail here, with the vast majority of businesses able to avoid the rise by paying on time and signing up to the small to medium sized enterprise scheme.

In real-terms, only the top six per cent largest businesses across Co Limerick will experience a rates hike.

The council is planning to use the extra money it will get from the rate to beef up its tenancy enforcement services, and tackle anti-social behaviour among its social housing stock.

According to the book of estimates passed by councillors, some €689m is to be spent on front-line council services – although the vast majority of this, €518m, is being provided to the Housing Assistance Payment service centre, which administers the project for the whole country from the Granary Library.

Of the eight service divisions in council, just two – agriculture and miscellaneous – will see drops in spend, according to the recommendations put forward by management.

Fine Gael's metropolitan mayor Daniel Butler said the party could not in good faith support a commercial rates increase - and this is why they voted against the estimates.

Speaking to the Limerick Leader, he said: “There are a number of businesses struggling in the city centre and in our towns. They are often sole traders. The retail sector has recently faced an increase in VAT, and the tourism industry in particular pays a more in VAT - and we are looking at Brexit. Today's proposal to increase the rate.

“We feel the most vulnerable are going to struggle.”

The council said €170.8 million of the agreed budget would be for the core day-to-day running of services in Limerick marking an increase of €12.25 million on last year.

There is an additional €6 million for Housing, while €3.08 million will be spent on grants for Mobility Aid, Housing Adaptation and Housing Aid for Older People.

A total of €28.5 million will be spent on Local and Regional roads throughout Limerick in 2019 along with €2.87 million on public lighting, designed to make Limerick safer. An additional €200,000 is being provided to fix footpaths.

€1.1 million is being pumped into the Urban and Village Renewal scheme which is a catalyst for the economic development and re-awakening of towns and villages across Limerick.

On the capital side, a total of €629.8 million is budgeted over the next three years. Among the important projects are social housing, the new Limerick to Foynes Road, including the Adare Bypass, M20 Limerick to Cork Motorway and Limerick Northern Distributor Road.

Funding is also being provided to progress the Limerick 2030 developments at the Opera Site, Cleeve’s , Innovate Limerick and Mungret, along with Lough Gur, Kantoher, Newcastle West and Digital Strategy infrastructure projects.

Speaking at the budget meeting Conn Murray, Chief Executive of Limerick City and County Council, said: “The leadership, vision and decision-making shown by the elected members in the past five years in supporting initiatives such as the Limerick Regeneration Framework Implementation Plan, Limerick 2030 project plans, the creation of Innovate Limerick, the Rural Development Programme has seen Limerick become the fastest growing economy in Ireland and the Irish urban success story of the last decade and allow us to increase our budget next year.

“Limerick City and County Council’s revenue budget and capital programme provide services and investment which aim to improve the city and county as a place in which to live, work and invest.

“In addition, the Council’s spending brings important stimulus impacts, which are a boom to short-term economic activity. The stimulus impact of Budget 2019 has been estimated in order to understand the wider economic footprint of Council activities. In 2019 the Council is projected to spend €690 million in revenue expenditure of which €518.78m relates to the HAP Shared Service Centre and €170.8 m relating to our core local authority services.

“The €170.8 m will fund the day to-day operations of the Council as well as contribute to the advancement of the County’s Capital Programme,” he added.