Capital Plan: €629m to be splashed on major projects in Limerick in draft budget 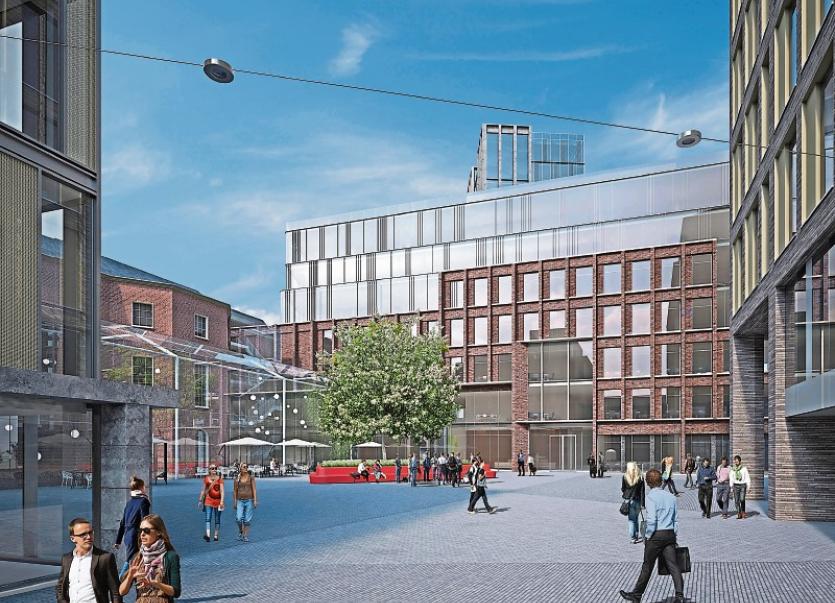 TENS of millions of euro are to be spent on major schemes to improve Limerick – including €85m for the city’s flagship Project Opera.

The draft budget presented to councillors this week shows almost €630m is to be put in place between now and 2021 on a variety of public projects in every corner of Limerick.

Members will vote on the local authority budget this Thursday, with Mayor James Collins describing it as one which “will bring Limerick to the next level”.

Half a million euro is to be spent on taking Steamboat Quay in charge, while €8.1m is in the plan for the upgrade to O’Connell Street.

Project Opera, including the public plaza is to benefit to the tune of €55.7m between now and 2021, while €3m is in place to deliver a conference centre to the city, location yet to be determined.

Council bosses have put a spend of €27m in the plan on a public library, which will go in the heart of the Opera Centre, and as refurbishment of the People’s Park playground will also take place at a cost of €150,000.

Referring to Project Opera, Mayor Collins said: “We want it to be a public plaza being used for hospitality, for public events and in conjunction with the €27m there for the new library. There are a lot of things in the capital programme which make for interesting reading and match the ambition of councillors for our city.”

Elsewhere in the city, €18.8m is in place for the King’s Island flood relief scheme, while €30,000 is earmarked to improve Garryowen Green.

A traffic study of the Dock Road will attract €500,000, while Limerick council is to spend €8.1m on a bus corridor to link the University of Limerick and the city centre, in the hope it will reduce some of the major tailbacks existing on the bus routes serving these areas.

In the county, Kilmallock town is set to get a huge boost from Budget 2019, with a large number of projects earmarked for cash.​

In what is being framed as a ‘budget for housing’, the commercial rate charged to businesses is set to rise marginally, with the extra income used to build more homes, and tackle the homelessness crisis – should councillors back the measures presented by chief executive Conn Murray.

A total of €9m is being put in place for two housing developments at Patrickswell, while €2.6m is being spent on 30 units in Deerpark at Adare.

Almost €2m is to be spent between now and 2021 for a new social housing development in Hospital, with €900,000 to be spent on four units in St Patrick’s Villas in Castleconnell, among dozens of housing schemes in the rural area.

Council bosses are no doubt hoping Limerick’s road infrastructure comes on in leaps and bounds over the next three years, with €33m in place for the Coonagh to Knockalisheen Distributor Road, and €10.7m for the early stages of the Limerick to Cork motorway, which will be managed from Dooradoyle.

“There are some marquee projects which will bring Limerick onto the next level.

“Some of the things we are working on, we have got then into our capital budget so we can attract funding towards these,” Mayor Collins told the Limerick Leader.​

In the West, €2m apiece is in place for improvement works to the N21 bypasses traversing both Newcastle West and Abbeyfeale.

In Newcastle West, some €120,000 is being put in place for public realm works, while there are pier repairs works set for Glin.

While the Foynes to Limerick Road improvement scheme is to be given €6.9m.

According to the book of estimates presented to councillors this week, some €689m is to be spent on front-line council services – although the vast majority of this, €518m, is being provided to the Housing Assistance Payment service centre, which administers the project for the whole country from the Granary Library.

Of the eight service divisions in council, just two – agriculture and miscellaneous – will see drops in spend, according to the recommendations put forward by management.

Limerick City and County Council is proposing to put €133,000 aside to provide school meals, an increase of €23,000 year on year.

And €20,000 is being recommended to be spent on noise action planning on air monitoring, with one eye on Irish Cement's controversial proposals for Mungret.

In terms of this area, the redevelopment of the college is set to get over €4 million.

However, the devil is in the detail here, with the vast majority of businesses able to avoid the rise by paying on time and signing up to the small to medium sized enterprise scheme.

In real-terms, only the top six per cent largest businesses across Co Limerick will experience a rates hike.

The council is planning to use the extra money it will get from the rate to beef up its tenancy enforcement services, and tackle anti-social behaviour among its social housing stock.

Mayor James Collins concluded: “As councillors, as public representatives and myself as mayor, we are ambitious as to where Limerick goes next, and we are challenging the city executive to match our ambition.

“We want Limerick to be the first in many areas. We used to be in the past and we want to get back to it.”

Members are to meet at 11am this Thursday morning to agree Budget 2019.