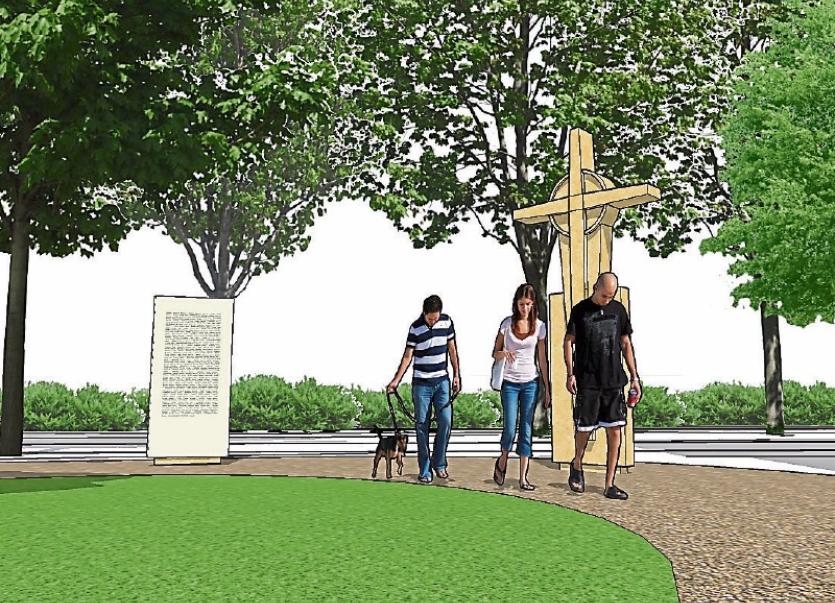 The proposal for a memorial wall to commemorate over 1,350 Limerick people who died in World War One was rejected by planners on October 16

THE EARL of Limerick, the man spearheading proposals for a World War One memorial in People’s Park, says it is “a shame” that the city does not have a monument to commemorate more than 1,350 people who “made the ultimate sacrifice”.

The Earl Edmund Pery’s proposal to construct a memorial wall in the People’s Park was rejected by Limerick City and County Council planners on October 16, and that decision has now been appealed to An Bord Pleanala.

The family of Earl Edmund Pery donated the lands of the People’s Park for civic use for Limerick, which is why it has his name on the application.

In the absence of having a commemorative space for the Limerick people who died during the Great War, Limerick Civic Trust has published a list of names of the 1,350 fallen men and women in this weekend’s Limerick Leader.

Mr Pery said it is “very important that the many millions who fought and fell during World War One are honoured.

“It’s a shame that a city the size of Limerick does not have a physical monument to honour the 1,350 who made the ultimate sacrifice during that war.”

One of Mr Pery’s relatives was killed, aged 23, in 1918. The deceased’s mother founded the Shamrock League to support those returning from the Front.

“But this is not about me and my family. This is about everybody. This is about the many families in Munster who do not have a physical monument or grave to remember their forebears.”

Supporting the project is Hugh Elliot, of EML architects, saying that there is “hardly a person in Limerick whose family does not have some connection” with the war, adding that many military families survived on army pensions.

“In the not too distant past these families  were harassed for attendance at memorial services or wearing a poppy in public. It is time for the city to make amends for these indignities and provide a respectful memorial in the heart of the city,” he added.

Dr Tadhg Moloney, historian and former chairperson of the Munster Fusiliers Association, said that Limerick needs a memorial “which lists the individual names of the civilians and soldiers who died in alphabetical order with no rank or serial number and no discrimination”.

Castletroy man Tony Thuillier, who was a member of the reserve Defence Forces for 41 years, said the Irish joined the British army for a number of reasons and “they didn’t join for King and country”.

“Most of them were ordinary Joe Soaps who were poor and needed the money for their families, or wanted an adventure or went because of peer pressure.”