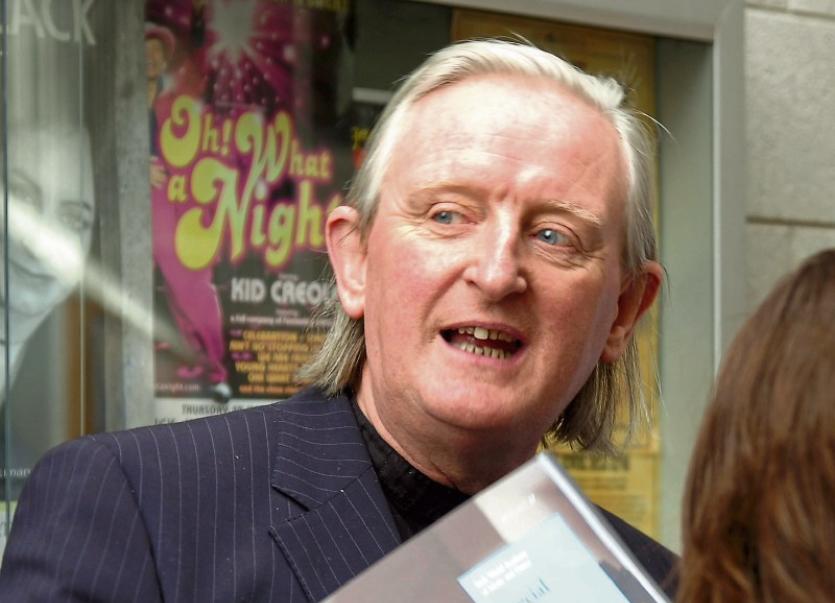 PRESIDENT Michael D Higgins has led the tributes to renowned Irish pianist and composer Mícheál Ó Súilleabháin, who founded the Irish World Academy of Music and Dance at the University of Limerick and has died at the age of 67.

President Higgins said: “Music lovers all over the world will have heard with great sadness of the passing of Professor Mícheál Ó Súilleabháin, performer, musician, composer, academic and broadcaster.

“Proud of his roots in Clonmel and Murroe, and a close associate of famous musicians and musicologists such as Seán Ó Riada, Aloys Fleischmann, John Blacking and John Baily, Professor Mícheál Ó Súilleabháin was renowned as a unique pianist and composer.

“His music and outstanding work will for ever be enjoyed by countless people, celebrating his humour, his fearless sense of exploration and his talent for harmony, joy and mobilising the peerless power of music.

“More than 20 years ago he was associated with the move of the Irish Chamber Orchestra to Limerick and at that time, as Minister for the Arts, Culture and the Gaeltacht, I saw the enthusiasm with which he delivered that project and the commitment that led to the establishment of the Irish World Academy of Music and Dance which he founded at the University of Limerick.

“A representative of much what is Irishness at its best, Mícheál Ó Súilleabháin has left us with an indelible legacy, both through his music and through the Academy, which he led for over two decades.

“Sabina and I send our deepest condolences to his wife Professor Helen Phelan, his children Luke, Eoin and Mícheál, to Dr Nóirín Ní Riain, to his brother John and to all members of his family and his wide circle of friends.”

Mayor of the City and County of Limerick Cllr James Collins also offered his condolences following the death of the renowned musician and composer.

“On behalf of the people of Limerick I would like to express sympathy to the family of Mícheál following his death. Our thoughts are with his wife Helen, their son Luke, sons Eoin and Mícheál (Moley), their mother Nóirín, and his brother John at this very sad time.

“His love of music was infectious with the University of Limerick quickly becoming an important centre for the teaching and learning of music and dance worldwide.

“Limerick has been made all the better for having Mícheál here. His passion and drive for music and performance have been woven into the fabric of Limerick’s rich cultural tapestry while he was hugely instrumental in the relocation of the Irish Chamber Orchestra from Dublin to Limerick.

“He will be sadly missed. Ar dheis Dé go raibh a anam dílis.”

An outpouring of sympathy has followed the sad news of the death of one of Ireland's best-known musicians, composers and academics, who was originally from Clonmel but lived on the Murroe road to Newport.

Metropolitan Mayor of Limerick Daniel Butler tweeted that it was with “great shock & sadness I learned of the passing of Mícheál Ó Súilleabháin. Truly one of Ireland's greatest composers and indeed the world's who created music that touched the soul & warmed the heart. My thoughts with his family, friends & @UL colleagues”.

It was great shock & sadness I Iearned of the passing of Mícheál Ó Súilleabháin. Truly one of Ireland's greatest composers and indeed the world's who created music that touched the soul & warmed the heart. My thoughts with his family, friends & @UL colleagues. https://t.co/ZEFyoSOeUe

Labour TD Jan O’Sullivan said he would be “greatly missed for his huge contribution to Irish music but his spirit will live on through all who have heard his music, learned from him and experienced his energy, enthusiasm and warmth”.

Micheál Ó’Súilleabháin will be greatly missed for his huge contribution to Irish music but his spirit will live on through all who have heard his music, learned from him and experienced his energy, enthusiasm and warmth

Sheila Pratschke, Chair of the Arts Council said: “Mícheál made a great and distinctive contribution to Ireland’s cultural life through his many gifts as a composer, musician, academic, broadcaster and educator. Interweaving his classical music training with a deep love, respect and knowledge of traditional music and song, he was a distinctive and important voice in Irish music and music education.

“A dynamic personality, full of positive energy and humour and with a great gift for communication and friendship, Mícheál leaves a rich body of work and a great legacy of inspiration as a musician, educator and friend which will undoubtedly carry through generations to come. Ar dheis Dé go raibh a anam uasal.”

“Mícheál Ó Súilleabháin was an extraordinary musician and true pioneer. We have lost a very special artist. His understanding of our music and his ability to fuse traditional and classical forms captured audiences in Ireland and around the world.

“His talent as a teacher was also unparalleled, inspiring generations of young men and women with a love of music to embrace and explore their craft. As a founding member and director of University of Limerick’s Irish World Academy of Music and Dance, Mícheál leaves a great legacy behind him and his talent will live on through the students who pass through its doors.

“I want to extend my sympathies to Mícheál’s family and friends and to the wider music and arts community.”

UL president Dr Des tweeted that it was “with enormous sadness that the family of Professor Mícheál Ó Súilleabháin, Emeritus Professor and founder/Director of the @UL Irish World Academy of Music and Dance, has announced his death”.

The Irish World Academy said it was “with profound sadness that we have learned of the passing of our Founding Director, Emeritus Professor Mícheál Ó Súilleabháin. Our thoughts are with our colleague, Professor Helen Phelan, and all Mícheál’s family. Ní bheidh a leithéid ann arís”.

Likewise, the Irish Chamber Orchestra said it was “with a heavy heart that we at the ICO have learned of the passing of Mícheál O Suilleabhain, musician,composer, leader and great friend”.

UL’s inaugural Chair of Music, Ó Súilleabháin was recruited by then president Ed Walsh for the position in 1994.

He officially retired as founding director at the Irish World Academy in late 2016 after 22 years leading the institution, with then UL president Professor Don Barry hailing him as “a dynamic, creative force at UL”, whose “unique cultural vision has drawn talented students and staff from all over the world”.

He had played a key role in the development of a purpose built, state of the art €20m building for the Academy, which opened in 2011.

Professor Mícheál Ó Súilleabháin left a rich legacy through his own music, as well as the ⁦@IWorldAcademy⁩ he founded which attracted students from over 50 countries.

The UL Community extends its condolences to his family at this difficult time. https://t.co/YhLwUt8C4N

When we celebrated 20 years of the @IWorldAcademy @ul, we published a beautiful interview between Professor Mícheál Ó Súilleabháin and artist Fiona Hallinan - his wonderful character and pioneering spirit evident throughout - I always loved this point about welcoming children pic.twitter.com/2SjEzYGMhd

What sad news. RIP Mícheál Ó Súilleabháin. His office was across mine for five years at @UL. He made everywhere alive with music - the lunchtime FB sessions, in the evenings at the Church in the city, his family. Even the UL bridge is musical in structure.

We are deeply saddened on the passing of our colleague and friend Prof Micheál Ó Súilleabháin. He has created a profound and singular musical and cultural legacy in Ireland, and globally, and we are all the richer for it. Rest in peace. Suaimhneas síoraí air. https://t.co/GohpT68SmA

Very rarely we encounter people that breathe creativity and vision, who inspire and change the world around them... beyond and through music, education and just being. A profound loss to us, @UL @IWorldAcademy #MícheálÓSúilleabháinhttps://t.co/X0VICeBoOG

Only just seen the very sad news about Mícheál Ó Súilleabháin, another person who made Limerick a special place for music when I was living there. His knowledge and enthusiasm was unbelievable