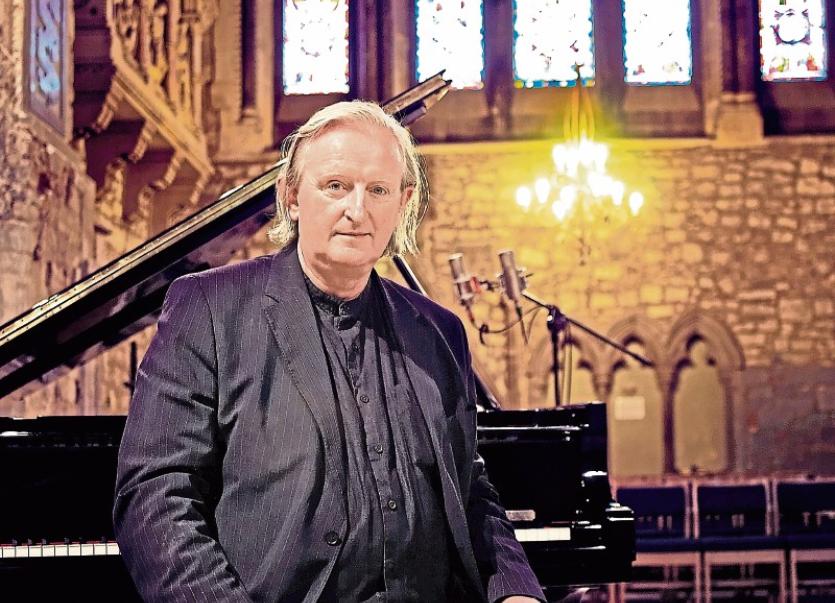 Renowned Irish pianist and composer Mícheál Ó Súilleabháin, who founded the Irish World Academy of Music and Dance at UL, has died

SHOCK and sadness has greeted news of the death of renowned Irish pianist and composer Mícheál Ó Súilleabháin, who founded the Irish World Academy of Music and Dance at the University of Limerick.

The family of Professor Mícheál Ó Súilleabháin said it was “with enormous sadness” that they were announcing his death after a prolonged illness. He was 67.

One of Ireland's best-known musicians, composers and academics, he was originally from Clonmel but lived on the Murroe road to Newport.

He is survived by his wife Professor Helen Phelan and their son Luke; sons Eoin and Mícheál (Moley), and their mother Dr Nóirín Ní Riain, and by his brother John.

UL president Dr Des tweeted that it was “with enormous sadness that the family of Professor Mícheál Ó Súilleabháin, Emeritus Professor and founder/Director of the @UL Irish World Academy of Music and Dance, has announced his death”.

It is with enormous sadness that the family of Professor Mícheál Ó Súilleabháin, Emeritus Professor and founder/Director of the @UL Irish World Academy of Music and Dance, has announced his death.
Ar Dheis Dé go Raibh Sé pic.twitter.com/zC2PvVtVui

The Irish World Academy said it was “with profound sadness that we have learned of the passing of our Founding Director, Emeritus Professor Mícheál Ó Súilleabháin. Our thoughts are with our colleague, Professor Helen Phelan, and all Mícheál’s family. Ní bheidh a leithéid ann arís”.

It is with profound sadness that we have learned of the passing of our Founding Director, Emeritus Professor Mícheál Ó Súilleabháin. Our thoughts are with our colleague, Professor Helen Phelan, and all Mícheál’s family. Ní bheidh a leithéid ann arís. pic.twitter.com/E20wdW6VMY

Likewise, the Irish Chamber Orchestra said it was “with a heavy heart that we at the ICO have learned of the passing of Mícheál O Suilleabhain, musician,composer, leader and great friend”.

It is with a heavy heart that we at the ICO have learned of the passing of Mícheál O Suilleabhain, musician,composer, leader and great friend.... https://t.co/pZ9aRBeT5i

UL’s inaugural Chair of Music, he was recruited by then president Ed Walsh for the position in 1994.

He officially retired as founding director at the Irish World Academy in late 2016 after 22 years leading the institution, with then UL president Professor Don Barry hailing him as “a dynamic, creative force at UL”, whose “unique cultural vision has drawn talented students and staff from all over the world”.

He had played a key role in the development of a purpose built, state of the art €20m building for the Academy, which opened in 2011.

With the building intact and legacy ensured, he had however spent some time – four years – stepping back from the Academy, safe in the knowledge that the structures existed for a safe handover, with his friend and long time colleague Mel Mercier taking the reins.

He told the Limerick Leader in 2016: “When I did come to Limerick, I found an amazingly fertile atmosphere, a university very good at fundraising, a very bright and snappy young university, ready for new ideas, ready to prove itself and compete at international level.

“It was a young university of course, hungry for new ideas and that was a big advantage and the idea (of a chair of music) was accepted as something central, so that was great.”

As a pianist and composer, Ó Súilleabháin was famed as having developed a unique Irish piano style that fuses other, more global, music forms. Much like his stewardship of the Academy, which boasts graduates from over 50 countries.

“Not everybody actually realises that, but it is a global centre that is in Ireland, for the world and that is the way to think about it. We have always thought, from the very word go, of a global context in terms of reaching potential students,” he said.

“Even where our building is, you come off the Living Bridge and it is right there beside the river – it has a centrality and a visibility which lifts it up and hopefully lifts up the University, Limerick city and whole area.

”In my own music, from very early on in my early 20s, once I realised that I was kind of stuck with the piano, that was my instrument, in a way I used it to allow – almost like a cultural crossroads – lots of different voices to meet and to interact with each other.

“My own musical personality or whatever drives me on a creative level, has overspilled, pretty deeply, into my educational work. There is a big connection between the two, without myself being absolutely conscious of what that connection is.”

He studied at University College Cork (B.Mus.1972, MA 1973) with the composers Aloys Fleischmann and Seán Ó Riada, and in Queens University Belfast (PhD 1987) with the ethnomusicologists John Blacking and John Baily.

He produced a series of CD recordings in America, the UK, and Ireland on the traditional music of the Shetland Islands, Donegal, Cape Breton Island and on Irish traditional musicians in the USA and in England.

I'm sad to learn that Micheál Ó Suilleabháin has died. This has been a favourite piece of music for years, and it got me through many a long dark night of the soul. #RIP https://t.co/Id2eCdkwVQ

Just heard of the passing of legendary Irish musician Mícheál Ó Súilleabháin... I never got the chance to meet him in person and that will always be a regret! My thoughts are with his family and friends this evening. Ar dheis Dé go raibh a anam. #michealosuilleabhain

Very sad to hear of the passing of Mícheál Ó Súilleabháin - a great musician and composer, an inspiring teacher and lecturer, and a wonderfully kind and generous man. It was an honour to study with him. My thoughts are with his family. Ar dheis Dé go raibh a anam

So deeply sad to hear about the passing of Mícheál Ó Súilleabháin. He was a great artist and incredible character. My condolences to his family and his extended music family. RIP. https://t.co/g1pUocEKfJ

One of his many beautiful compositions. RIP Micheal O Suilleabhain.https://t.co/S7jPRR7AgF

So sad and shocked to hear of the passing of the great pianist, composer and teacher Prof. Mícheál Ó Súilleabháin. Suaimhneas síoraí air.

It is hard to find words to sum up the contribution that this one person made to Irish culture, music and education, but I can honestly say that every student that met him was inspired and supported by his example, kindness and enthusiasm. Go raibh maith agat, Mícheál. https://t.co/Tptw1ZFUqY