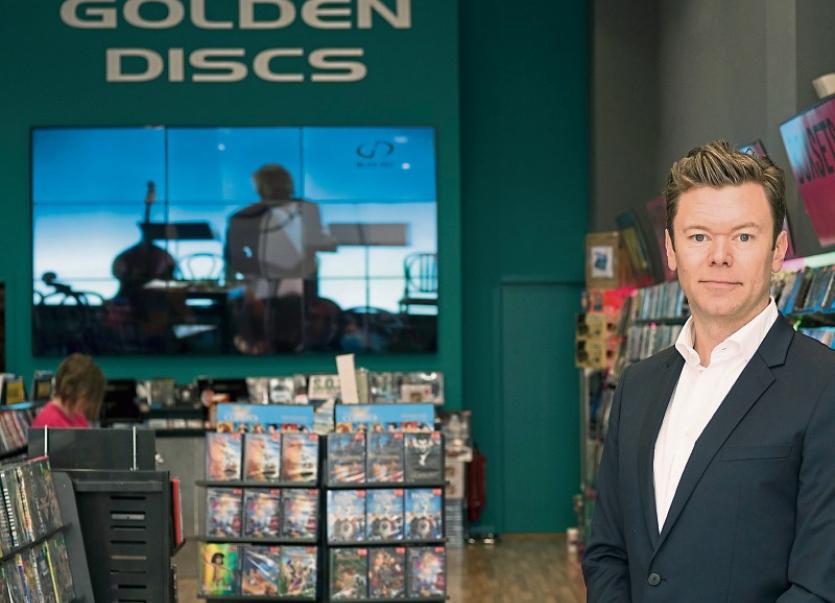 GOLDEN Discs has announced the opening of a second store in Limerick in a move the retailer has said is ‘a little like coming home’.

Golden Discs said it was “delighted” to announce the opening of a new store in the Crescent Shopping Centre this Saturday. It adds to the Cruises Street store and the retailer said it was “an easy decision to open a second location in Limerick”.

“This was a location in which Golden Discs previously traded so it feels a little like coming home,” said a spokesperson.

Golden Discs has announced the opening of three brand new stores nationwide this November, adding a further thirty employees to its ranks and bringing the store count to nineteen locations, in addition to 80 concession stores at Tesco.

Growth in sales at the business is in no small part driven by the Vinyl Renaissance, it said, with vinyl sales representing a core part of Golden Discs’ business and are up 60% year to date.

“The major labels are reissuing catalogue albums every week as well as all the new releases. What started as a niche format for hardcore music fans is more and more becoming mainstream as music lovers use streaming services for convenience and purchase physical product for tangibility

“Ownership is a growing trend and we intend to open more new stores to meet this demand,” he added.