All-Star line up: Limerick’s hurlers to be honoured with civic reception 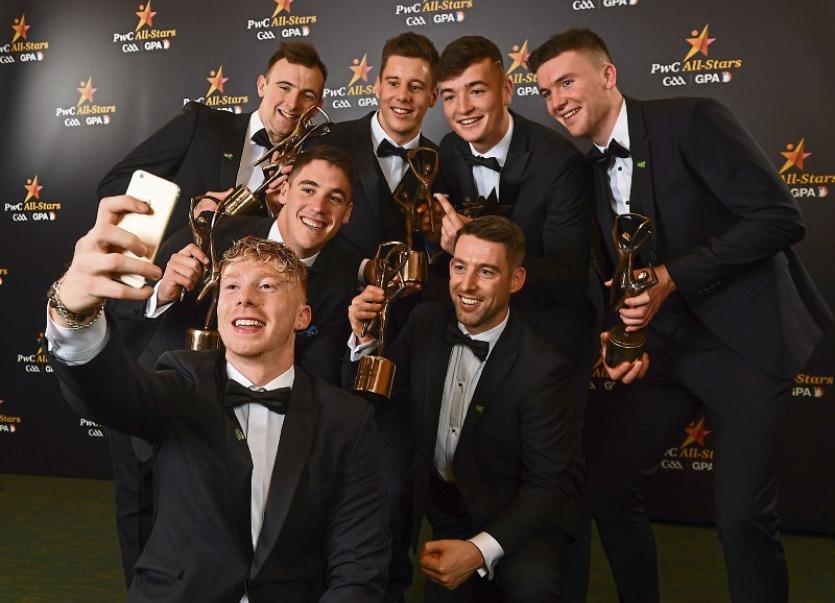 LIMERICK’S sparkling hurling year continues, with seven of the Liam MacCarthy winning panel experiencing yet more glory over the weekend.

Six of the Limerick team who ended 45 years of pain on that glorious day in August were named on the PwC All-Star hurling team of 2018.

Cian Lynch was named hurler of the year, while Kyle Hayes won the title of Young Hurler of the Year at the glittering event in Dublin’s Convention Centre.

“This team has inspired boys and girls right across Limerick,” said Mayor James Collins who will host a civic reception for the panel tomorrow night.

“There are people out there who would have expected more than six names on the team – that’s the measure of where we are as a county now,” said Mayor Collins.

“The whole summer has given Limerick such a lift, it’s given such positivity to the county and it will maybe push us on to reach higher levels again.”

Cllr Sean Lynch was in the capital with his wife Valerie to witness his son win the top prize of the night.

It was an emotional night, he said, with the sad news that legendary hurler Leonard Enright, himself a three-time All-Star winner, had passed away.

“There was a clip showing when Leonard was inducted into the Hall of Fame, and then when Cian got player of the year, he spoke very emotionally and included Leonard. The fact he is from Patrickswell and the links it has with Leonard. He and Leonard would have been very close. He would have known him very well from his time at Mary Immaculate College,” Cllr Lynch said.

“We were so happy Cian mentioned him, and they played that clip. It’s great his family have that little something to treasure.”

A total of 53 All-Star awards have been given out to Limerick players, with the 2018 tally one better than the five they received when they beat Kilkenny back in 1973.

All of Limerick’s players won for the first time, and they were joined on the panel by players from Kilkenny, Galway, Clare and Cork.