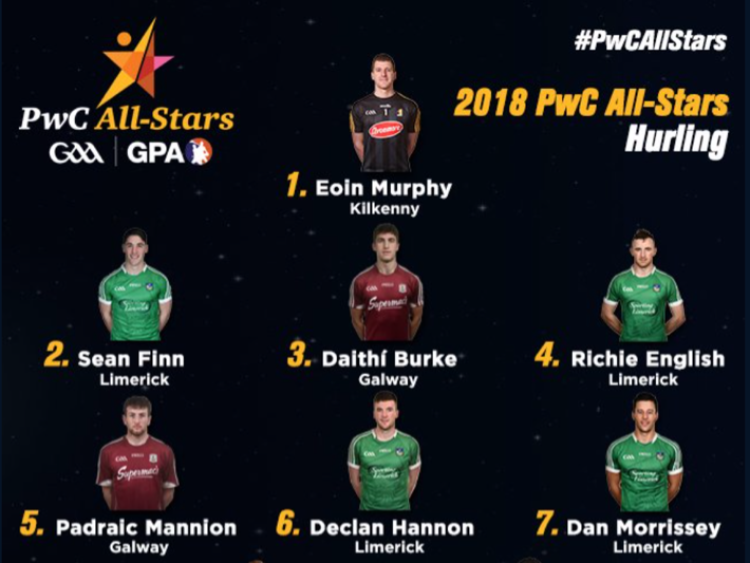 There was yet more glory for All-Ireland champions Limerick this evening as they were awarded six places on the PwC All-Star hurling team of 2018.

It was a big night for the Treaty County. After defeating Galway to win their first Liam MacCarthy Cup since 1973, the six PwC All-Stars captured here brings their overall total to 53 hurling awards, and the 2018 tally is one better than the five awards they received when they defeated Kilkenny in the 1973 decider.

Four other counties share in the awards with Kilkenny’s Eoin Murphy picking up his second PwC All-Star for his goalkeeping heroics.

Galway dual star Daithí Burke makes it a remarkable four in a row for All-Star awards at full back, while Hurler of the Year Nominee Galway’s Pádraic Mannion is named at wing back.

Cork’s Darragh Fitzgibbon completes the midfield line up, with his Rebel County teammates Seamus Harnedy and Patrick Horgan named in the attack - where Horgan is now a three-time All-Star.

The PwC All-Star team was selected by a panel of senior Gaelic Games Correspondents and chaired by Uachtarán CLG John Horan.