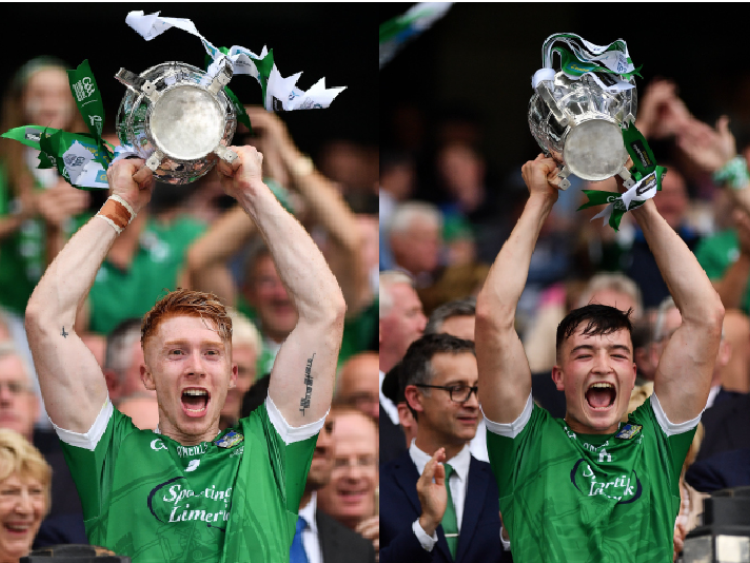 Limerick duo Kyle Hayes and Cian Lynch have had a night to remember as they were named Young Hurler and Hurler of the year respectively at tonight's All Star Awards held at the Dublin Convention centre.

The overall Player of the Year Awards were voted on exclusively by inter-county players themselves.

From the Patrickswell club, Cian Lynch’s tireless efforts and inspirational contributions were a key feature of a memorable summer for Limerick. The 22 year-old cemented his status as one of the marquee players in the game.

At just 20 years of age, Kyle Hayes was one of the youngest members of the Limerick team under John  Kiely in 2018, but the Kildimo Pallaskenry man repeatedly stepped up when needed and made a big impact in the All-Ireland final and is now Young Hurler of the Year.

Another award on the night for Limerick, was hurling moment of the year, which was won by the 'final phase' of play from August 19's win. It was heart in the mouth stuff, but aren't we all glad it worked out in the end.

The peole have spoken. The heart-stopping 'Fateful Final Phase' has been voted the 2018 GAA Moment of the Year #rtegaa pic.twitter.com/MKH5l0Yqus

"Young, tall and good-looking" as Marty Morrissey puts it, Kyle Hayes is the Young Hurler of the Year. #rtegaa pic.twitter.com/pHooma58Ic