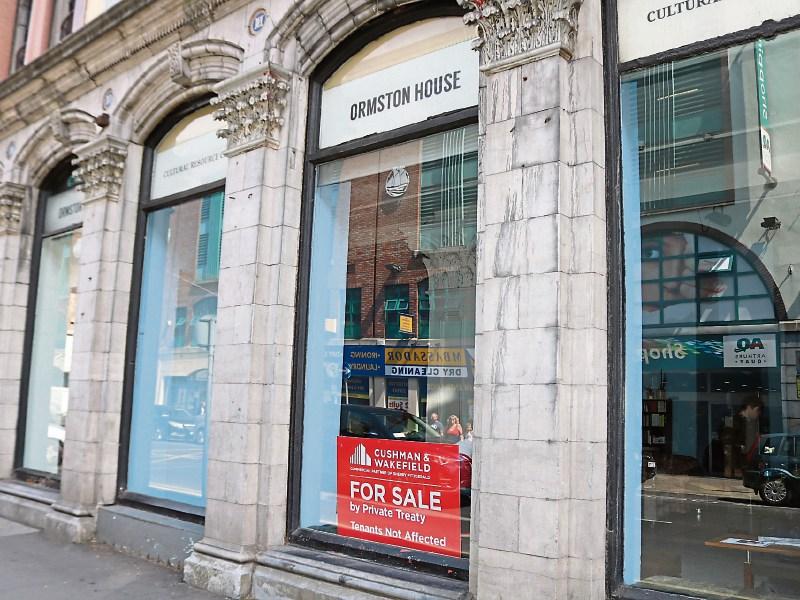 THE NEWS that Ormston House is closing up shop for the winter over plummeting temperatures has reawakened concerns felt in the Limerick culture community.

Co-director and founder Mary Conlon has said that due to temperatures dropping below the legal standard under the Offices, Shops and Railways Premises Act, the Patrick Street gallery will shut its doors on December 8.

This is despite the gallery receiving a government grant worth €12,510.26 for the installation of a heating system.

All grants awarded to Ormston House, totalling €183,000, cannot be drawn down due to its ongoing tenancy problems, she explained.

The sale of the gallery has yet to go through, though many believed it would have been completed by August.

The gallery was put on the market in July 2017, after Nama’s loan book was sold to New York-based Cerberus Capital Management last year.

The Rubberbandits Twitter, which is mainly curated by author Blindboy Boatclub, described Ormston House’s closure as “shite news” and that Ormston House is a “brilliant hub for arts and culture” in the city.

“An American equity fund is robbing Limerick of a space for artists. I’m going to puke.”

This is shite news. Ormston is a brilliant hub for arts and culture in Limerick city. What can we do to help this? https://t.co/0fTHzQvV1z

Ms Conlon told The Limerick Leader that the focus in 2019 will be to secure long-term tenancy.