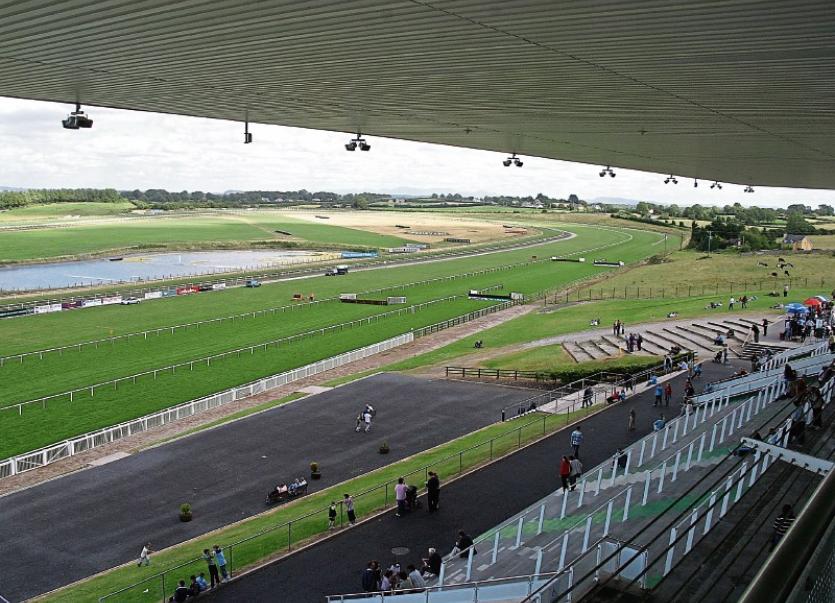 Destination Patrickswell: The results will be counted at the Limerick Racecourse tomorrow

POLLING stations have now closed across Limerick City and County, with a late surge taking voter turnout above 50% in some places.

The focus now switches to the Limerick Racecourse, where counting of the results from the Presidential Election and the Blasphemy Referendum will take place this Saturday.

It is unclear when a final result is likely to be announced, with count staff beginning to sort and collate the ballot papers from 9am.

An RTE exit poll released just after 10pm this evening suggests incumbent President Michael D Higgins is on course for comfortable re-election. However, perhaps surprisingly, Peter Casey - whose comments on Travellers caused controversy - is in second place with 20.7%

RTÉ exit poll suggests Michael D Higgins is on course to be re-elected President with figures indicating he received 58.1% of first preference votes. Peter Casey in second place at 20.7% pic.twitter.com/1ls5LS4Jue

As there are two separate votes, the process to split the ballot papers could take until lunchtime when the count proper gets underway.

The votes cast in the two Limerick constituencies will be counted separately, and the results will only be announced once they have been ratified by the national returning officer.

Around 66,000 people were eligible to vote in rural Limerick, with a further 73,000 entitled to have their say in Limerick city. County-wide, there were around 300 polling booths open.

While there was a decidedly slow start today, a late voting surge had taken the turnout across Limerick to around 40% by late this evening.

In the city, John F Kennedy National School was on course to exceed 50%, while St Paul’s and the Model School – both bellwethers – had turnout around 40%. Scoil Mhathair De at the South Circular Road was also approaching a 50% turnout rate at close of polls.

Sinn Fein TD Maurice Quinlivan reported the turnout in Ballynanty stood at 35% as of 9pm, while in the Watch House Cross at Moyross, it was 27%.

Thomondgate turnout was approaching 40%, while neighbouring Stenson Park was on its way to 50% turnout.

On one box in Moyross, a 34% turnout was reported, he added.

Get on it #limerick! #aras18 #blasphemyref

Word in #newcastlewest at lunchtime was the national low turnout was not experienced and they were “kept going” with voters. https://t.co/2wfy94UAiY

Polling in Mungret NS averaging 30% with a steady flow now. Not expecting to exceed 40% at this rate. #aras18 @Nick468official @Live95fmNews