On the record: Two centuries of Limerick music history brought to book 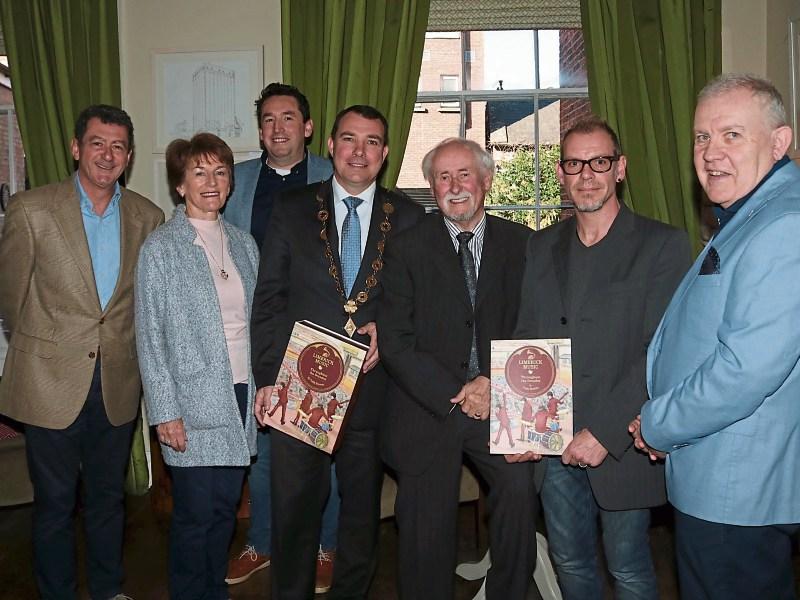 A LIMERICK historian and rock ‘n’ roll fanatic has published his magnum opus — the definitive chronology of the city and county’s music scene since 1800, compiled in a single book.

The History of Limerick Music 1800 - 2018, by Corbally man Paddy Brennan, will be launched by Castletroy-born and US-based Irish trad icon Mick Moloney at Thomond Park next Monday.

The 556-page book, which comes in a regular softback and special edition hardback edition, starts with the inception of Limerick’s emerging classical period with George Alexander Osborne.

Son of St Mary’s Cathedral organist, Osborne was the underdog among European pianists, who befriended Chopin, Mozart, Berlioz and Liszt. The latter, coincidentally, performed in Limerick in 1842 at Swinburn Hotel (now Debenham’s on Sarsfield Street).

In his detailed anthology, Paddy writes about opera virtuoso Catherine Hayes, whom he believes “should be immortalised more than what she is” and that a section of the Opera Project should be dedicated to the seminal 19th century artist.

Hayes was not the only singer to take the opera stage by storm, as Paddy also writes about Joseph O’Mara, born in 1864, who is considered Ireland’s forgotten tenor.

Preceding the showband and rock ‘n’ roll eras, Paddy also details the rivalry between the working class brass marching bands, such as the Boherbuoy Band, with the emerging Glenn Miller-esque big bands of the early 1900s.

“It’s fascinating, the trouble that went on between all the local bands from different parts of the city,” Paddy told the Leader this week.

Then came Limerick’s anti-establishment period with the rise of Granny’s Intentions, a psychedelic flower-pop group that took over the beat-group nights.

They were “within a whisker” of becoming famous. “But they will always be fondly remembered from the people who went to beat group clubs back in the 60s. The first name that would run off your tongue would be Granny’s Intentions.”

And before the Cranberries rose to global fame, Tuesday Blue was Limerick’s most prominent act of the late 1980s. Though they were known across the United States, they were always “on the verge of a breakthrough”, Paddy said.

Paddy’s book will be available for purchase on October 30. The regular softback edition will cost €30; and 250 special hardback editions are available for €100, which will also include a double-CD of Limerick acts.