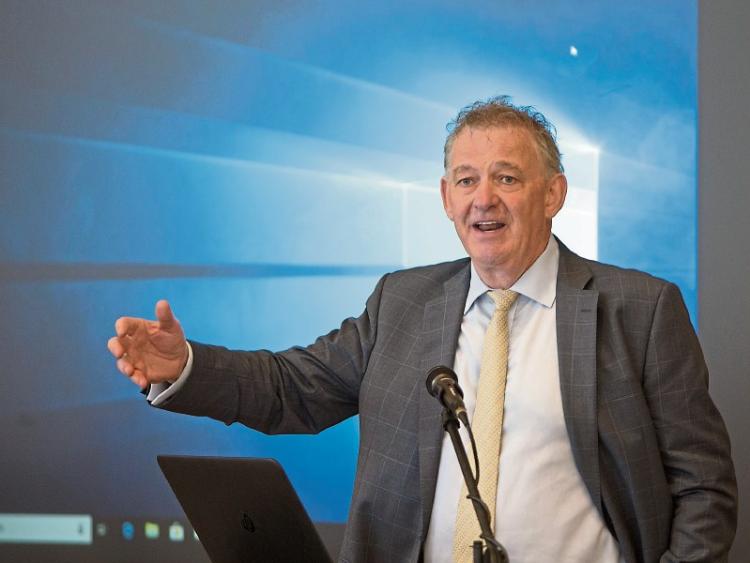 READERS of Iconic Newspapers websites, which include the Limerick Leader, have voted overwhelmingly in favour of Peter Casey in a Presidential Election Poll that has been running over the past few days.

Almost 10,500 votes were cast in the Presidential Election poll that ran on all 13 websites, including the Leader, in the Iconic Newspaper group, with Peter Casey winning the overall poll with 51.2% of the votes cast.

This was not a scientific poll, readers were simply asked who they intended to vote for on Friday and Mr Casey was the resounding favourite.

Sitting President Michael D Higgins received 28.2% although all the national polls suggest that Mr Higgins will be returned to the Áras for a second seven year stint.

In third place was Liadh Ní Riada with 8.3% of the vote while Sean Gallagher came in fourth place with 5.4%.

In the Limerick Leader poll, Mr Casey took 52% of the vote with Michael D Higgins coming in second place at 30%. Liadh Ní Riada, Sean Gallagher and Joan Freeman shared third place with 5% of the vote.

Gavin Duffy was in last place at 2%.

“We do not expect Peter Casey to win the Presidency on Friday based on the national polls,” Sheila Reilly, Head of Digital with Iconic News, explained.

“However judging by the number of readers who voted on our websites, it would be no surprise if Mr Casey performed a lot better than he has been polling until now.”

The polls were carried on the 13 websites in the Iconic Newspaper group on Monday until earlier this Wednesday.