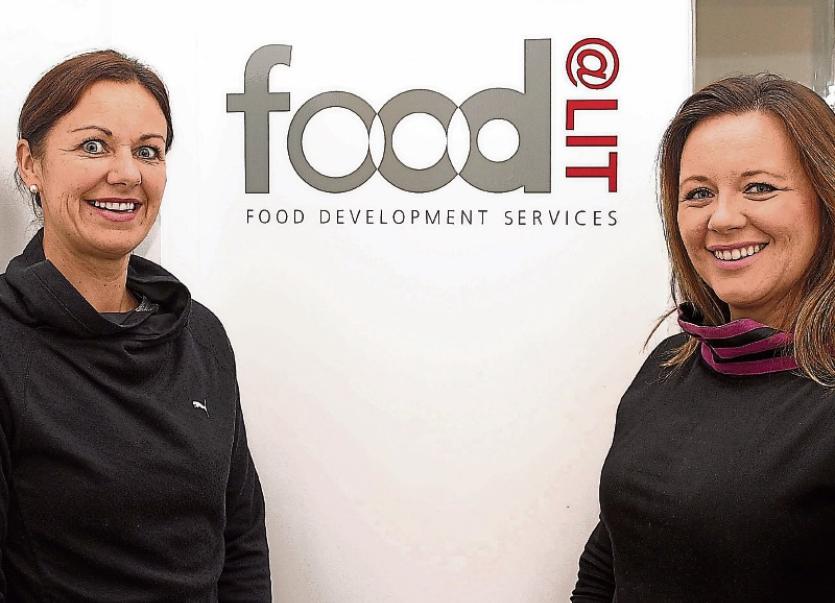 FOOD BIOCHEMISTRY is one of the most rapidly-developing career paths in Ireland today, and in the eye of that storm of innovation lies Food@LIT.

The food industry of Ireland is one of the most thriving sectors with an annual turnover of €25 million with employment over 200,000.

Food@LIT take what is a well-established and profitable sector and has brought it to new heights for the past seven years bringing valuable investment to Limerick city and the Midwest in the process.

Agnes Bouchier-Hayes, the co-founder of Food@LIT and lecturer at Limerick Institute of Technology (LIT), explains: “We work with everyone across the Midwest, we’ve worked up as far as Galway, and down as far as Tralee in County Kerry, we really take in that region.”

Founded in 2011 by Agnes Bouchier-Hayes and fellow LIT graduate Dr Tracey Larkin, PhD, the pair took what was originally a project for a PhD degree and transformed it into a food sector pioneer.

“Ever since then, it’s been a lot of endeavours, a lot of hard work and also a lot of support from LIT.

“We had very little resources at the beginning, but the college saw the value of what we were doing for the region, and for the college as well, and now we’re running our own facility,” she added.

Since then the Food@LIT team strengthened their relationships with local businesses such as Garrett Landers of Garrett’s Butchery at O’Connell Street, Jane Conlon of the newly-opened Sodalicious on Lower Cecil Street, Bella Italia on Thomas Street and many more.

”We get a lot of enquiries from really different and innovative people, this year, in particular we worked an awful lot with a lot of projects based in the healthy lifestyle market.

“We constantly work with companies who want to make new products that haven’t been made before, and one of the companies we helped went on and were given an injection of funds from Enterprise Ireland after we helped with their benchtop prototype,” the LIT lecturer informed.

Away from the benchtop, the team have made great lengths to bring significant investment to local culinary businesses, including their involvement with bringing the Irish Quality Food Awards to LIT in the summer.

“One of the big things we did this year, was the Irish Quality Food Awards which has previously taken place in Dublin over the past five years, and it was brought down to Limerick this year for the first time.

“Around 150 judges come through the doors with thousands of products on display,” Ms Bouchier-Hayes recalled.

Following the judging process, Food@LIT were also part of a networking conference where producers in the Midwest made contact with global suppliers.

”We were part of the ‘Meet-the-Buyer’ event at the Strand Hotel, where Limerick-based producers displayed their food and products and met suppliers from Tesco, Lidl, Aldi, Dunnes Stores and other businesses in the UK.

”So Limerick was getting represented and given the opportunities to receive personal introductions to those suppliers, which was huge,” Ms Bouchier-Hayes added.

A significant driver of this initiative has been the contribution from the community which the team are always happy to accept.

”We’re always looking forward to working with new clients, and any volunteers for consumer panels would be much appreciated, as we have some projects planned,” Ms Bouchier-Hayes concluded.

For more information and to make enquiries, please visit, foodlit.ie.