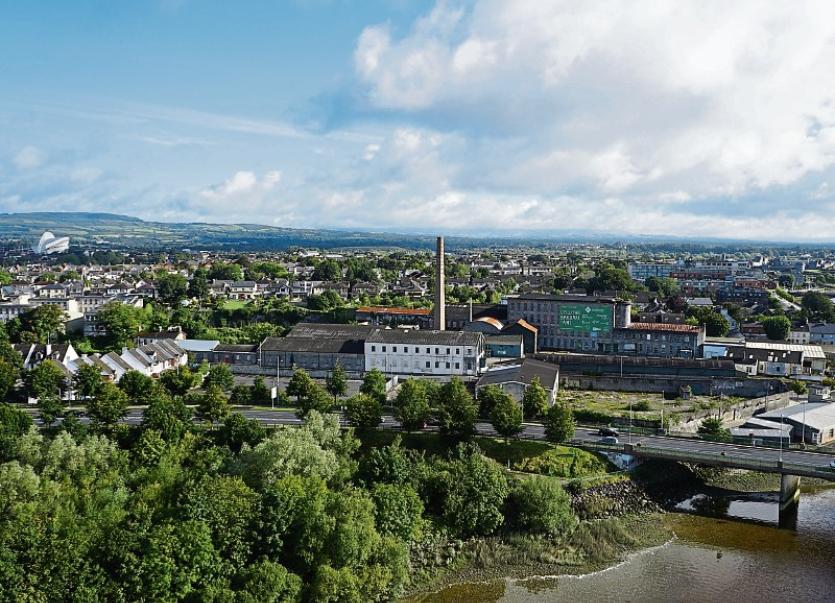 The former Cleeve's Factory in Limerick

INTERNATIONAL firms responsible for delivering iconic global structures like the Sydney Opera House and the Grand Canal Theatre have put together concepts for possible future uses of Cleeve’s factory in Limerick.

A Freedom of Information request from the Limerick Leader has revealed seven local and blue-chip companies all submitted comprehensive assessments of how the riverside site should be redeveloped.

Limerick Twenty Thirty sought companies to come up with ideas for possible future uses for the former toffee and condensed milk factory at O’Callaghan Strand.

The documents received by this newspaper reveal international giant Aecom, which is responsible for the delivery of London’s Olympic Park, the British capital’s Crossrail development and John F Kennedy International Airport in New York City, has produced a study for the future of Cleeve’s.

In the submission to Limerick Twenty Thirty, the firm said: “This work is about starting to flesh out what the strategic concept could be for the Cleeve’s site and what it can mean to the Limerick metro region by adding to the region’s products and services to help attract and retain more businesses, talent and visitors.”

Fellow engineering giant Arup, responsible for the Sydney Opera House, Manchester’s Etihad Stadium and the iconic Angel of the North near Newcastle-upon-Tyne, also put together a submission.

It said it aimed to “sensitively regenerate and reinvigorate” the Cleeve’s site, while “creating sustainable employment and education opportunities during construction and the scheme’s operational lifespan”.

Once the project is up and running, the firm also said it would look at ideas which would identify “self-funding investment and/or those which the private sector would be willing to support.”

There were also applications from a number of locally renowned design and engineering firms including Nicholas de Jong Associates and Healy and Partners.

Sinn Fein councillor Seamus Browne, who sits on the board of Limerick Twenty Thirty said: “We want it to be a something which reflects the future of Limerick.

“It’s a unique site, it is city centre, waterfront, the last remaining site of its size the council has ownership of. This needs to be almost iconic for the future of the city”.

Fellow board member Mayor James Collins added: “There is a lot of interest in the site because of where it is. It’s a key strategic site on the river.”

“Architecturally, as with other sites, Cleeves is an extremely exciting prospect, offering the opportunity to blend its historic features into a new and complementary wider development. We are at early stage with the project, having appointed an inter-disciplinary design team to carry out a scoping study to explore potential options going forward.”