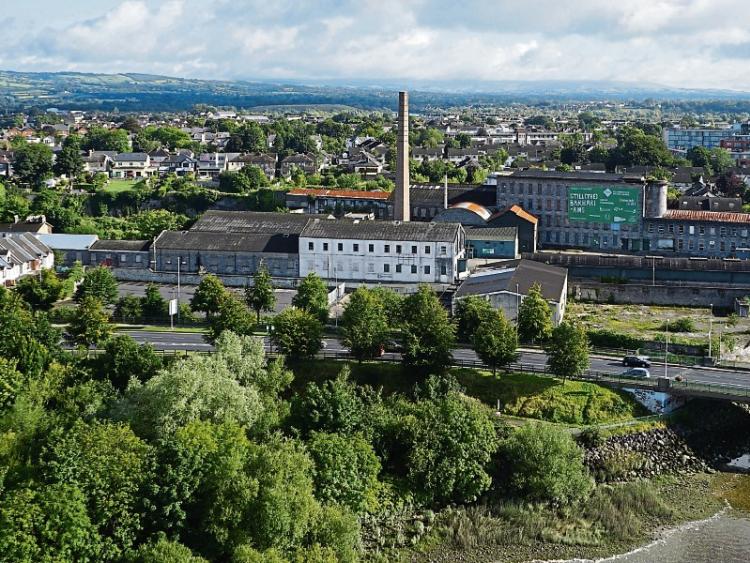 The former Cleeves facility has been suggested as a conference building

LIMERICK City and County Council is planning to set aside €3m between now and 2020 to finance a conference centre in the city.

Independent councillor John Loftus has already welcomed the proposal, saying it would be “a great asset to Limerick” with the project already enjoying the widespread support of the business community.

The draft local authority budget for 2018 proposes an additional €417m to fund other major schemes across Limerick.

On top of this, almost €7m is being planned for 24 new houses in Deerpark, Adare, 20 new units at Hospital. Some €2.2m is planed for improvements to the N24 at Beary’s Cross. In the West, €2.2m is being set aside for a public realm renewal at Glin, with a further €30,000 in Newcastle West’s square.

€1.2m is planned for the Great Southern Greenway, with €1.5m for an athletic track in Newcastle West. Also, €3m is on the cards for 13 town and village renewal schemes.

Meanwhile, ​spend on various council services has risen to almost €140m, with increases in almost every sector.

But the thorny issue of rates is likely to cause a division in the council.

Management are seeking increase the commercial rate – a charge levied on businesses based on the size of properties – by 1.75%.

It’s hoped this will bring in almost €1m, with this money spent on street cleaning, tourism development, litter management plus local and regional roads.

However, local businesses would be rewarded with a 9% rebate if they paid early. And the bands for this scheme have been widened from companies with a rate demand of up to €21,000 to €25,000.

”We are trying to incentivise people to pay. It has been working as our collection rates have increased. At the same time, we’d be trying to support medium sized companies,” a Fianna Fail source said.

But the proposed increase goes against a call by Fine Gael which last week set its faces to a freeze – backed by Chamber chief executive James Ring, who this week pointed out: “When agreeing the budget last year, the commercial rate was increased by 5% with a commitment there would be no further rate increases for the remaining term of the council to 2019.”

However, it’s understood that an increase is being planned due to the fact the local property tax was only increased by 7.5% in September.

The focus now switches to Fianna Fail, who this Thursday were due to meet with council boss Conn Murray. Ahead of budget day this Friday, the grand coalition of Fianna Fail and Fine Gael will meet privately to decide on a united position.

There has already been suggestions a conference centre could be located in the former Cleeves factory on the northside.

Some €2.5m for this is being sought from grants, with the balance from development levies.

Cllr Loftus said: “We only have Shannon Airport out the road from us, and this week, the head of Shannon [Matthew Thomas] is complaining about the expansion of Dublin at our expense. This will help address this.”

Fianna Fail’s metropolitan district leader, Cllr James Collins called for more information on this scheme, saying: “It’s a project worth exploring at some of the strategic sites the council owns in the county and city.”

Elsewhere in Budget 2018, there are rises in funding for public lighting, but cuts to car parking proposed.

But spend on economic development and promotion of Limerick is up by €1.5m. Street cleaning money is up, while €50,000 is being put in place for a department designed to apply for European grants.

It is also proposed to give councillors an extra €100,000 in 2018 for ‘local representation and civic leadership’.

“It does not do anywhere near enough resolving the pressing issues currently affecting Limerick. We need to seriously invest in housing and public services, but instead this budget will see profitable companies become even more profitable,” the City East member said.