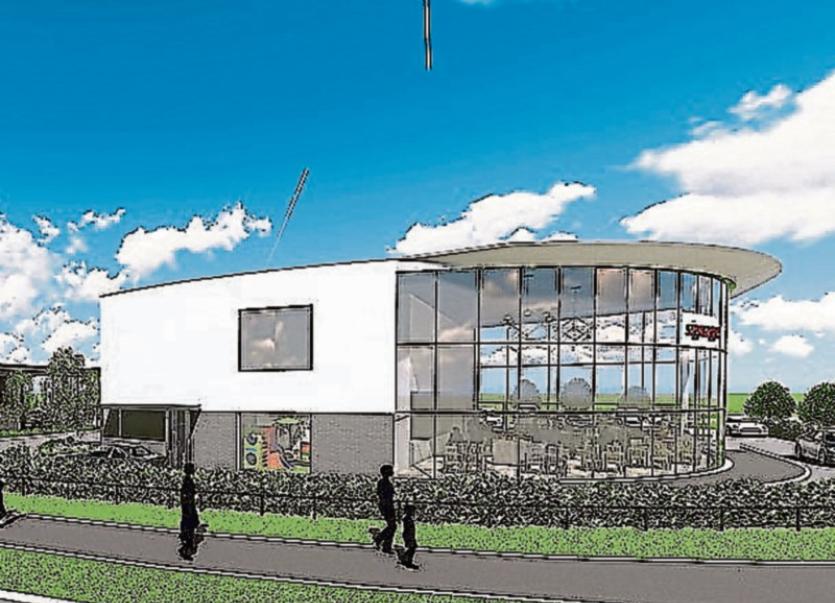 The development could create 50 permanent jobs once complete

LIMERICK’s northside has received a big boost after a development promising up to 150 new jobs was given the green light.

The multi-million euro proposals – first revealed in the Limerick Leader – will see a massive ‘Barack Obama Plaza’ style service station build on a vast site adjacent to the Coonagh Roundabout and the Clondrinagh Business Park.

One hundred construction jobs and 50 permanent roles are being planned for the development, which was given the all-clear by An Bord Pleanala.

This came after rival petrol stations the Petrogas Group and Topaz objected to the original grant of permission by Limerick City and County Council.

Local Sinn Fein TD Maurice Quinlivan, who has held meetings with the man behind the development Liam Carroll, has welcomed the permission.

He said: “Anything which brings jobs and business is welcome. That part of the Mid-West which includes Clare and Limerick is going to be well-developed, so it’s good to put the infrastructure in before-hand. Obviously, we have a motorway there, practically minutes from it, so that road is only going to get busier.”

As part of he scheme, developers are planning to construct a service station forecourt and a two-storey restaurant building with a drive-thru facility on a play area.

The service station would operate on a 24/7 basis, with the restaurant open between 6am, and 10pm, documents show.

Pat O’Neill, one of the men behind the plan said last year, it would represent a “landmark development” for the northside, and he compared it to the Moneygall Barack Obama Plaza in terms of size and scale.

An Bord Pleanala’s gave the development the go-ahead with a number of conditions.

These include a stipulation that site development and building works will only be carried out between 8am and 7pm on weekdays, and 8am to 4pm on Saturdays.

No works are allowed to take place on Sundays and Bank Holidays. During construction the developer shall provide parking facilities for associated traffic.