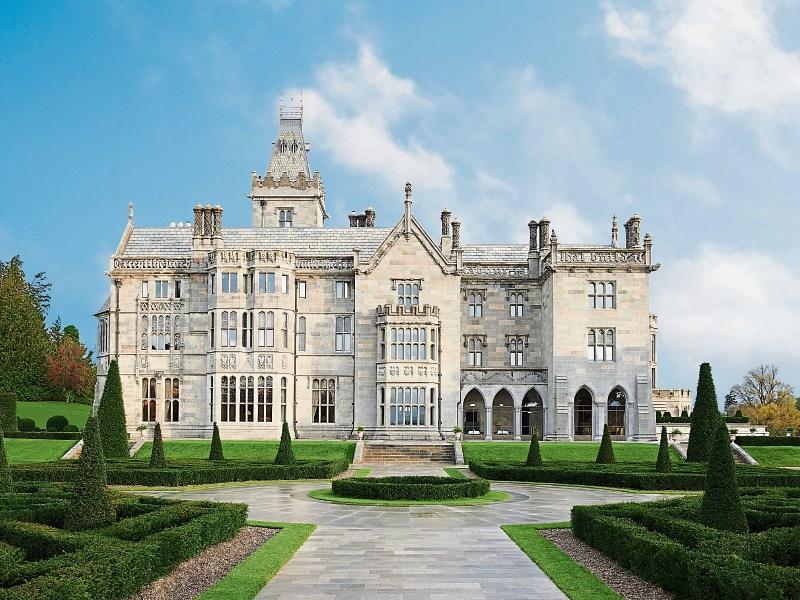 THE work by a Limerick-based firm on the stunning refurbishment of Adare Manor has been shortlisted for an excellence award.

Punch Consulting Engineers, whose head office is on Henry Street in Limerick city, have been shortlisted in the Heritage and Conservation Award category of the forthcoming Engineers Ireland Excellence Awards for its work on the refurbishment and extension of Adare Manor.

The runway rehabilitation works at Shannon Airport are also in the running for best overall national Engineering Project of the Year, the winner of which will be decided by a public vote before the midnight deadline of Friday, November 2.

The works on the historic Adare Manor House, which forms part of an 840 acre estate, took 18 months to complete from commencement to handover.

Working in a constrained timeframe, Punch Consulting Engineers collaborated with the Contractor and Design Team at all stages and demonstrated engineering excellence in the delivery of economic, programme-friendly civil and structural solutions which respected the conservation of the original building at all times, according to Engineers Ireland.

The Heritage and Conservation Award is just one of twelve category awards which will be presented at the forthcoming Engineers Ireland Excellence Awards, which are held in association with ESB.

They are presented annually in recognition of the achievements of engineers that have demonstrated exceptional engineering skills.

“The Engineers Ireland Excellence Awards showcase and celebrate the pioneering and innovative work that is carried out by Irish engineers both at home and abroad. The Refurbishment and Extension of Adare Manor by Punch Consulting Engineers embodies real engineering initiative and skill and sets a very high standard in its category,” she said.

“I would encourage the Limerick public to now get involved and to have their say in the Engineering Project of the Year Award category and to vote online for the engineering project they think has made the greatest impact on society over the last 12 months before the midnight deadline on Friday, 2 November.”

For further information about the Awards and to vote for the Engineering Project of the Year, see here.