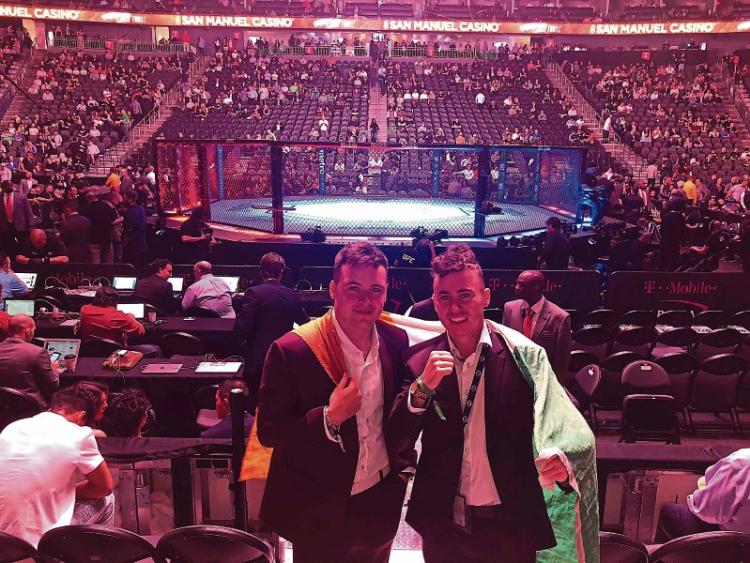 Sean Hehir and Brian Grace inside the fight after blagging their way into the Conor McGregor fight. Below, the group of mates in Las Vegas

A STUDENT from Limerick city found a way to sneak into a Conor McGregor fight for the second time.

It is the second McGregor fight Limerick man Grace has managed to talk his way into, with the student and two of his mates bluffing their way into the same venue in August of last year for the “Moneyfight” between boxing legend Floyd Mayweather and Grace’s idol, McGregor, where they seized $80,000 ringside seats.

Brian and his fellow accomplices hoped for lightning to strike twice in the same venue and city last week.

“We had a plan for this one, the Mayweather fight was purely luck, and this time we had a plan to go in as media,” Brian told the Limerick Leader this Monday.

Kitted out in their Debs’ outfits, the crew’s plan was simple; to pose as reporters with only sheer confidence and doctored press passes in tow.

“I said I was Jamie from Fox Sports because I had a Fox Sports lanyard and a US Open golf box ticket that I edited around.

“My friend Sean said he was from the Mirror and the other lads said they were journalists from Ireland,” he recalled. 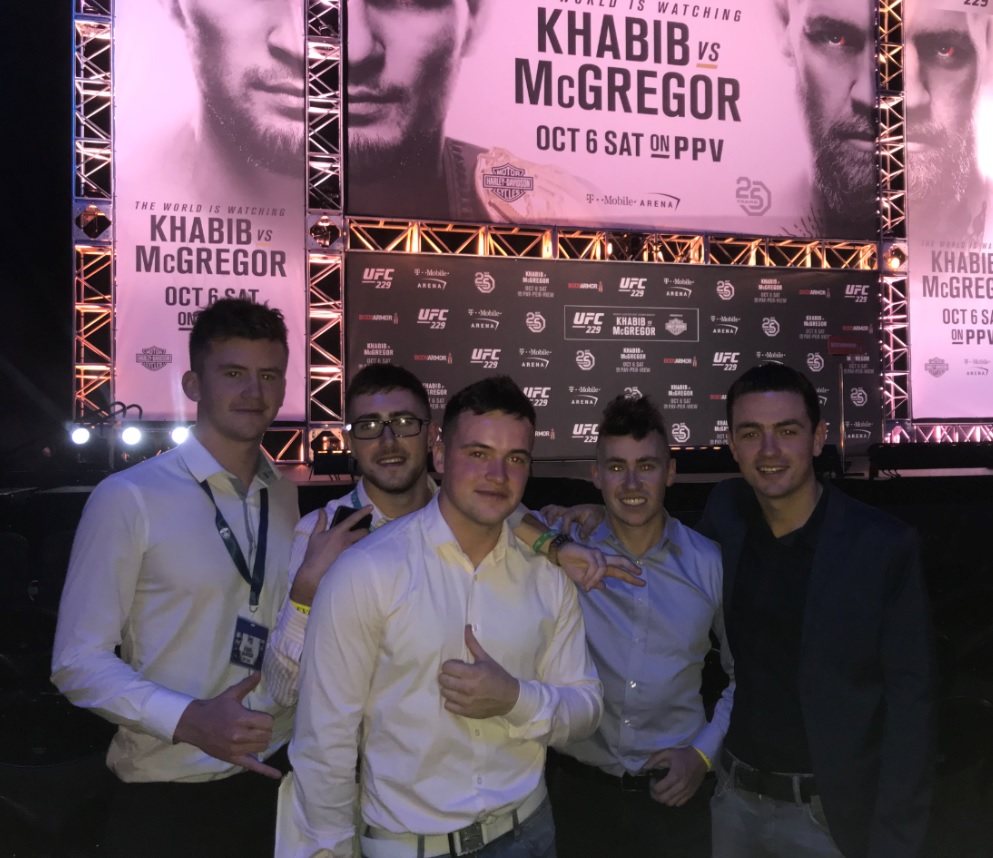 After McGregor’s tap-out to Khabib, a mass brawl broke out outside of the octagon, that caught the eyes of the millions watching.

“I was within 15 metres away it spilled out from a few fans got involved which was disappointing to see,” said Brian.

“I wasn’t in the mood to fight with Russians, but it then spilled out in the streets after but luckily none of us got hurt,” Brian added.

Following the brawl, the lads went to a VIP after-party where they were acquainted with Owen Roddy, one of McGregor’s coaches, for an evening of glitz and drinks to cap off a successful heist.

Brian concluded: “I’ve had a harder time getting a seat at Easter Sunday mass than I have in the T Mobile Arena, I’ve seen tighter security at a swimming pool.”