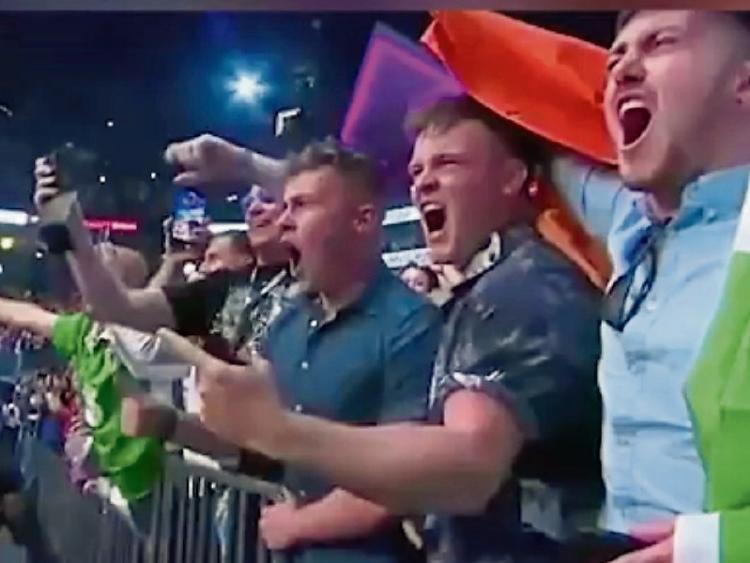 Brian Grace - and his friends - managed to blag his way into the Conor McGregor fight in Las Vegas - Picture: Facebook

ONE brave Limerick lad managed to blag his way into one of the best seats in the house at the Conor McGregor fight against Floyd Mayweather in Las Vegas at the weekend.

Brian Grace, 19, who is a student in Limerick Institute of Technology, told Joe.ie that, despite not having a ticket for the fight, he managed to blag his way in through a combination of sheer brazeness and luck.

The Limerickman, who is in Vegas for a week with two of his mates, made it through two different security check-points at the T-Mobile arena.

“There were two different security check-points. The first one was metal detectors and sniffer dogs. I hung around for a bit and then I noticed that Conor's family - not his close family, maybe his extended family, like his cousins or something - they all turned up. I was well dressed, so I just walked in with them, and there was so many of them that it wasn't a problem."

"Then I got to the second security check-point, and there was no way of getting passed without a ticket, plus I think Conor's family had noticed me so I just kind of separated myself from them."

"I was walking around a bit and I noticed this ladder just lying there by a door, so I picked it up and walked in, no security pass or anything, just straight through this door. Then I put the ladder down, found my mates inside and we played the waiting game."

After hooking up with his buddies, the trio saw three front row seats that were empty and plonked themselves down. They have become infamous in their own right, as the video below shows, at about 13 seconds in: