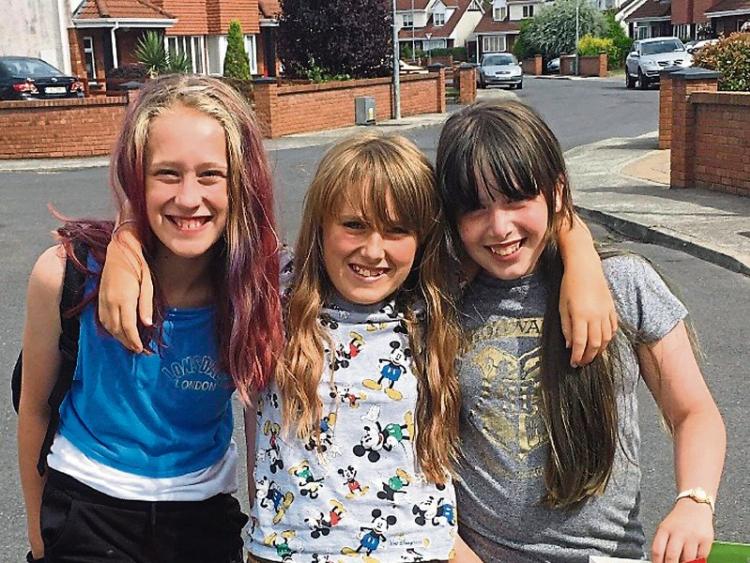 FIVE civic-minded young ladies are lobbying a construction company on behalf of the kids in their estate in a bid to save their treasured tree-fort in Limerick.

Sarah Lynch, Katie Keogh, Lucy Hayes, Alva Duffy and Alice O'Dwyer, who are between the ages of nine and 12-years, have launched a campaign to highlight the importance of their childhood den while access to site is currently restricted due to ongoing construction work.

The young community activists petitioned their neighbours in Raheen, going door-to-door after school. The group has so far collected more than 100 signatures of those in favour of saving the den, including Metropolitan Mayor Daniel Butler.

The group has also written to the construction company, on behalf of “all the kids of The Grange” to voice their concerns. “It was where we went everyday of the week and we would not be happy if you got rid of it,” the letter states. “It was very special to us and it was like a second home.”

“We have a big space in the trees that we play in,” 12-year old Sarah Lynch told the Leader. “We’ve been altering it every year. We wouldn’t be as good friends without the hideout. We came together because of the trees, we’ve mixed and formed a big group, with loads of friends.”

It took the group two and a half years to build their hideout and it is an important community resource, she added. “We also made posters that explained what animals are in the den, to explain its nature and we also wrote down our favourite memories from the den.”

“Its where we spend our time, every day when we have time free,” said Lucy Hayes, who is also 12-years old. “We had to do the petition to try and save the trees. We all became friends making the hide-out and spending time in there. We’ve sent the letter now and we’re hoping to hear back.”

Their families are very proud of them, according to Bettyann Keogh, Katie’s mum. “They’re a determined group. If they see something that they’re not happy with, they will try to make it better. They are young activists.”