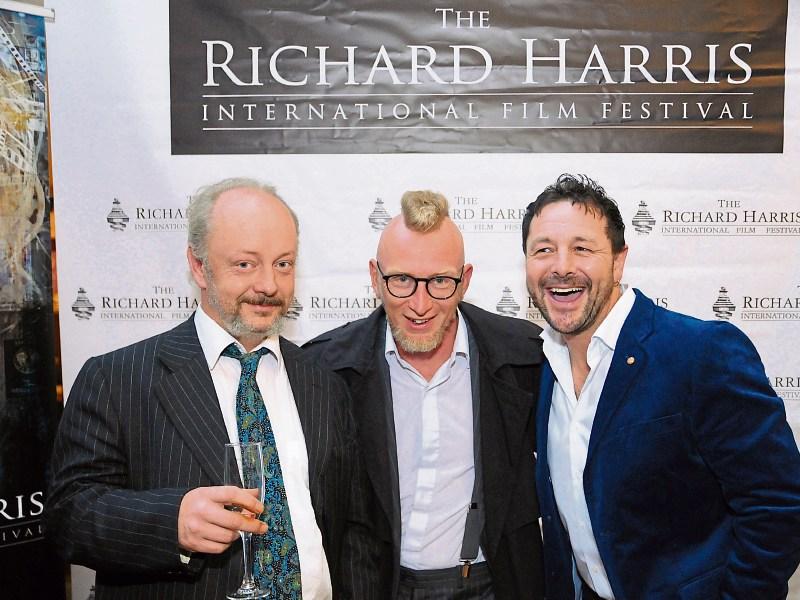 Actors Stefan Barry and Darren Maher and Zeb Moore, director of the The Richard Harris International Film Festival, which was launched in the George Boutique Hotel Picture: Paul Mullins

THE curtain has not even come up yet on this year’s Richard Harris International Film Festival in Limerick and already plans are firmly in place for growth in 2019.

The festival, which expanded to five days last year and which has unveiled a “strong, vibrant and diverse offering” for its sixth outing this October, intends to expand to a seven-day event when it returns next year.

It has seen supported this year as part of the Global Irish festival series, a joint initiative between the Department of Foreign Affairs and Trade and Fáilte Ireland, along with the I.NY Festival, which is running in Limerick this week, plus support from Limerick City and County Council.

Festival director Zeb Moore said it has “drawn in over 250 movies from 27 countries throughout the world, of which we will screen over 130 over the five day period”.

“We are welcoming people from all over the world - we have people returning from Australia, South Africa, North America and we now have Diaspora travelling from Canada and the Ukraine, which is very important as we are part of the Global Irish festival series,” he added.

The film festival has had a Diaspora focus since year one and it is, in Moore’s words, “a great coup for us” to be picked for the pilot programme. The Harris festival will screen a wide variety of premieres, documentaries, hosting live script reads, acting masterclasses and welcoming stars such as Patrick Bergin and Cass Warner, granddaughter of Harry Warner of the Warner Bros empire.

“We have a really strong, vibrant and diverse festival offering and our awards night will be a big spectacle,” Zeb added.

In 2019,the festival will be extended to seven days in order to showcase more emerging film-makers.

It will also establish a new TV drama writers’ room to “bring writers of all backgrounds and experience from all around the world to Limerick to write the next great long-form drama series in a US writers’ room style environment and residency”.

The festival runs from October 25-29. See www.richardharrisfilmfestival.com for more.