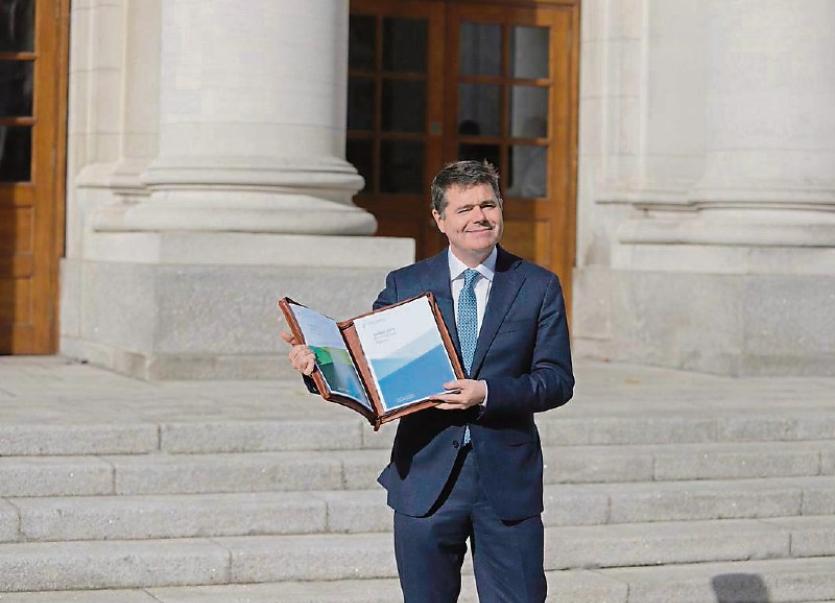 HOUSING is the key issue in the budget for next year, with Limerick’s opposition TDs rounding on the government for what they see as not doing enough for hard pressed families.

Deputies Jan O’Sullivan and Maurice Quinlivan have also turned fire on Fianna Fail, who had a key hand in the Budget, given the confidence and supply which keeps Fine Gael in power.

But Labour’s housing spokesperson Ms O’Sullivan criticised the fact only 2,000 homes a year will be delivered under these proposals.

“That’s for everyone up to a couple on an income of €75,000. You’re talking about a huge chunk of the population who cannot afford to get a mortgage, are paying rents they cannot afford and they are in that income category – and there’s only 2,000 homes a year across the whole country. You’d find 2,000 and more in Limerick very easily who would want to avail of this affordable housing scheme,” she said.

She said despite the minister’s claim that 10,000 new social houses are being delivered, in effect, it amounts to an increase of just 400 units.

Fellow Limerick TD Maurice Quinlivan, Sinn Fein, has accused both Fine Gael and Fianna Fail of “turning their backs on those in social and affordable housing need”.

”Despite the hyped up Fianna Fail rhetoric that Budget 2019 would be a housing budget, the figures indicate that only a paltry additional €120m has been allocated for capital investment in housing for 2019 above existing commitments,” he said.

He accused Fine Gael again of over reliance on the private rented sector.

”They could have sided with the tens of thousands unable to access secure or affordable housing. They could have stood with the homeless, those on council waiting lists or those struggling to rent or buy. Instead, they turned their backs on those in need,” Mr Quinlivan added.

Labour TD Ms O’Sullivan believes there is a “40% chance” of a general election this side of Christmas, pinpointing Friday, December 7.

She believes that with the polls favouring Leo Varadkar’s charges, it allowed Fianna Fail’s impact on Budget 2019 to be lessened, saying: “I would see this as very much a Fine Gael philosophy budget, in terms of relying on the private sector, in terms of the tax breaks being more focused on the higher earners, rather than lower earners.”

The TD illustrated this by pointing out those on the minimum wage stand to receive just 15c extra per week, while those with an annual income of €70,500 will get €5.47 extra weekly.

“I think Fianna Fail should be very disappointed,” she added.

But the party’s flagbearer in the city, Willie O’Dea said it was at his suggestion there was a €5 rise across the board in social welfare payments.

“You can see Fianna Fail’s fingerprints all over this,” he said.

Niall Collins added: “We sought an increase in the capital allocation for social housing and a significant package for affordable housing. I feel this is our influence on it.”

“You can say what you like about Fianna Fail, but in government, we knew how to build houses. We never presided over the housing and homelessness crisis this government has done,” the Limerick TD said.

As for Limerick, the budgetary plan confirms the motorway connecting the city of Limerick with Cork will advance to the early planning stage in 2019.

In a move which will boost Troy Studios in Plassey, Mr Donohoe announced an extension to the  film corporation tax credit from 2020 to December 2024 - with time limited regional uplift of 5% over four years.

And the Shannon Foynes Port Company are to receive share in finance of €587m to improve Irish connectivity - along with Dublin and Cork ports.

Senator Kieran O’Donnell said of the Budget: “It’s looking to improve the standards of living for people across a range of areas, in terms of the widening of the tax bands, the reduction in the 4.75% USC rate, the increase in the minimum wage, and the increase in the home carers credit. Then obviously, it’s a budget in the whole area of investment.”

“It’s ​a very  welcome development and will particularly provide greater security to many of those small business operators who work hard to create jobs and generate revenue in their local economy,” he said.

There has been criticism from Limerick hoteliers at Mr Donohoe’s move to increase the lower VAT rate on tourism related businesses from 9% to 13.5%.

Brian Harrington, the chairman of the Irish Hotels Federation Shannon branch said: “Ireland will now have a higher tourism VAT rate than 26 countries in Europe with which we compete.

“We are already a very high cost economy by international standards so it is astonishing that the government is now imposing additional taxes on tourists and making our country less attractive as a destination.”

But Frank McDonald, the honorary president of Siptu in Limerick, welcomed the move.

He said: “We regard the hospitality sector as the hostility sector. Their workers are among the most neglected in the whole country.

“This VAT rate never helped any of our workers in the industry – they never saw a penny increase. We gave them a leg up, while they wouldn’t help the employees at all.”

Pat Begley, of the Limerick Senior Citizens Forum, believes the third Budget of the current Dail did not do “any good at all” for older people in the community.

“They didn't increase the fuel allowance. Nights are getting colder, but coal and gas prices are rising,” he argued.