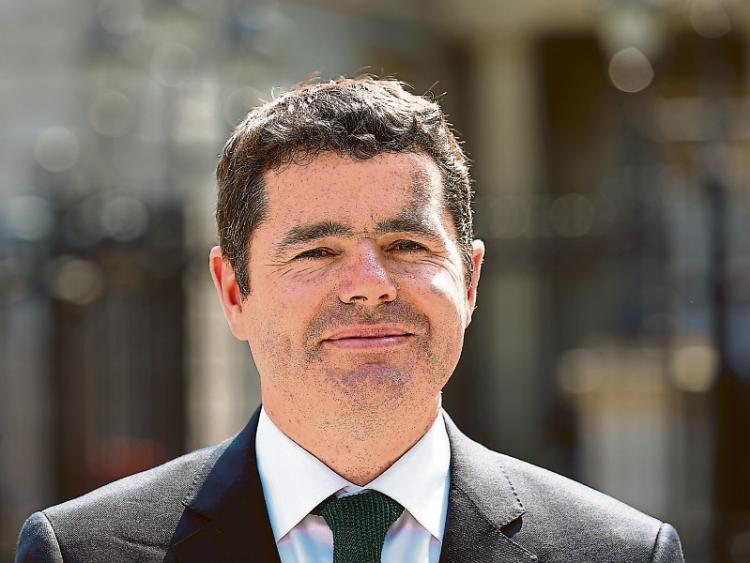 FURTHER cuts to the unpopular Universal Social Charge (USC) and increases to various benefits, and another hike in tobacco are all features of Budget 2019.

Finance Minister Paschal Donohoe this Tuesday delivered the third budget of the 32nd Dail, with spending over €66bn.

Locally, there are boosts for Limerick Prison, the Shannon Foynes Port Company, and Troy Studios.

Policing: @GardaTraffic budget up €60m leading to recruitment of up to 800 new gardai. Extra €60m of current expenditure to wider justice system to address issues with prisons, and demands faced from Office of Data Protection Commissioner. #Budget2019

Mr Donohoe confirmed a €60m increase in funding at the Department of Justice will be used in the ongoing redevelopment at Limerick Prison.

Shannon Foynes Port will receive a share in finance of €587m to improve connectivity, along with ports at Dublin and Cork.

And it was confirmed in today's budget that the film corporation tax credit will be extended beyond the current end date of 2020 until December 2024, a move welcomed by Senator Kieran O’Donnell.

This will come into effect at midnight tonight.

Meanwhile, the government is increasing the entry point to the higher rate of income tax for all earners by €750, raising it from €34,550 to €35,300 in the case of a single worker.

Mr Donohoe said the third rate of the USC will be reduced from from 4.75% to 4.5% to give a further targeted to low and middle level incomes.

In what is likely to be a controversial move among tourism businesses, the 9% rate of VAT put in place to support enterprises in this sector has been replaced with a rate of 13.5%.

“The rate has done its job. In a new economic reality, growth is balanced, it's appropriate to increase rate to 13.5% from January 2019,” he confirmed to Dail Eireann.

For the second year in a row, all social welfare payments will rise €5 a week, with the changes coming in March.

For the first time in almost a decade, Social Welfare recipients will also be able to look forward to the full restoration of the Christmas bonus, it was confirmed.

There will be no increases in the duty on alcohol and petrol, but there will be a 1% surcharge levied to diesel vehicles across all VRT bands. Ireland will no longer buy diesel buses for urban public service fleet after July next year.

Some €1.25bn is to be allocated to housing, in a move which could see up to 10,000 new social homes built. A total of €60m extra is being made available in capital funding to fund additional emergency accommodation, with €30m earmarked for homeless services next year.

Mortgage interest relief for landlords will rise to 100% from January 1.

In the health budget, over €1bn is being made available, bringing total spend to over €17bn, the minister said.

There will be a €25 increase in the weekly income threshold for GP visit cards, with a 50c reduction in prescription charges from €2.00 to €1.50 for all medical card holders over the age of 70.

The monthly drugs payment scheme threshold is down to €124 from €134, while €84m has been put in place for mental health services.

There is good news for parents, with a new paid parental leave scheme introduced next November 2019 to provide two extra weeks’ leave to every parent of a child in their first year. Over time, it’s hoped the government can increase this to seven weeks.

Some 950 special educational needs assistants will be recruited, Mr Donohoe said, with almost 1,300 extra posts in schools next year.

And in a boost for the newspaper industry, the 9% VAT rate for newspaper publications will be retained.

The garda budget is up by €60m, allowing for the recruitment of 800 new front-line staff, with a further €60m to be used for various Justice schemes.

“It provides record levels of funding to continue to improve our public services. It helps those on middle incomes. It improves living standards for those less well off. It balances our books. It provides significant investment to build resilience. It aims to make us Brexit ready. It's responsible, sensible, consistent and in keeping with sustainability in public finance,” he told the Dail.

Limerick-specific measures in Budget 2019 will become clearer in the coming hours and days as each department publishes its estimates.