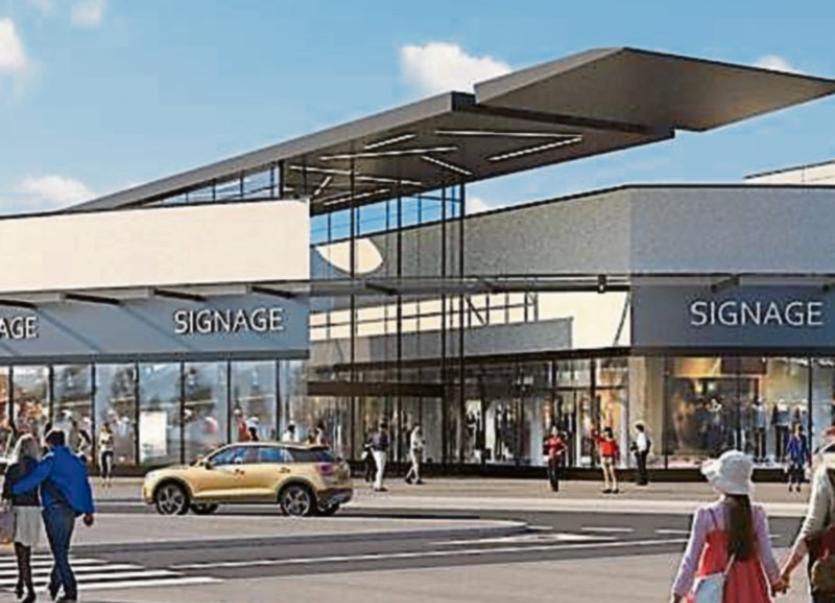 Plans for an expansion to Castletroy Town Centre were rejected

THE developers behind a multi-million euro extension to Castletroy Town Centre in Limerick have accused the council of contravening government guidelines in refusing it planning permission.

And a “serious question” must now be asked about the decision it made on the refusal, they say.

In a strongly-worded appeal to An Bord Pleanala, Robert Keran of Virtus project management, which is acting for UGP Castletroy Ltd on its application to double the size of the shopping centre, said he has “profound concerns” around the lack of assessment over the proposals, saying the refusal “does not appear to have been founded on any empirical evidence base”.

As revealed by the Limerick Leader, a planning application was submitted which could have seen an effective doubling in size of the centre near the Kilmurry Roundabout.

Almost 100 jobs may have been created if the plans to build 17 new units and a new storey at the centre had been given the green light by local planners.

However, the council turned the proposals down, citing fears the scheme would negatively impact the city centre.

It was the only reason local planners gave, and now Mr Keran says the local authority were relying on a 2005 guideline, which cited a 10,000 square metre cap on the area of shopping centres.

Mr Keran argued this is no longer in place, as of 2012, where no cap in size is present.

The development of the shopping centre, Mr Keran said, is “not designed to be of a scale to support or attract national or international retailers which are being targeted by the city centre or higher tiered retail centres.”

And the developer added: “The council does not point to a particular policy or objective of the planning policy framework which has been contravened in their view”.

“The council does not, to any degree, include any form of an assessment of, or indeed recognition of, the quantitative assessment included in the applicants Retail Impact Statement which supports the size and scale of the proposed development,” the submission adds.

“There is no assessment by the council of the positive impact that the proposed development would have in terms of providing services and facilities to serve the Castletroy catchment.

“The basis for the council reaching the conclusion that the proposed development would have a negative impact on the city centre is entirely unclear and does not appear to have been founded on any empirical evidence base,” they added.

A number of people objected to the plans for Castletroy, including the Limerick Chamber chief executive Dee Ryan.

In a submission to council, she wrote: “The Chamber contends that investment in city centre redevelopment is required as a matter of urgency, to attract new retailers to our city hub as their primary initial location choice in the region.”

An Bord Pleanala will now make a decision on whether the proposals can go ahead.