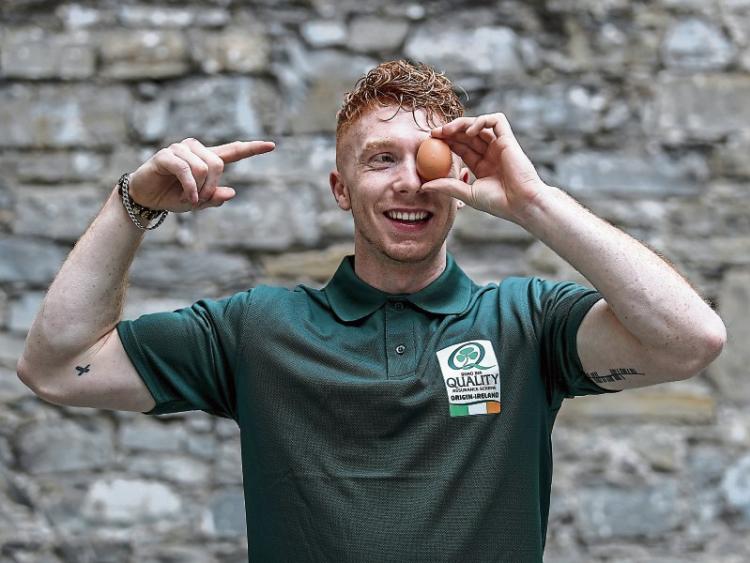 “It was my own choice, nobody ever told me not to drink,” says Cian Lynch, the All-Ireland winning player who is a nominee for Hurler of the Year

BRINGING the Liam MacCarthy Cup out in front of thousands of delirious Limerick hurling fans in the Gaelic Grounds on the night after the All-Ireland final victory is a moment Cian Lynch will never forget.

“To hear Dolores O’Riordan’s song playing all over it was just special,” he said. “Words can’t really describe what it felt like. It was unreal.”

The Patrickswell man was speaking this week to promote National Egg Day this Friday.

Bord Bia has partnered with the 22-year-old to inspire the nation to #CrackOn and try some new delicious egg recipes.

Eggs play a big part in Cian’s protein-rich diet, but the Limerick hurler can also put his cracking form this season down to his teetotal lifestyle and his chats with the man above.

“I never got into the whole thing,” he said of the drink culture.

“When I was 15 or 16 and other lads were testing it, I would have been playing soccer or hurling. I’d have been hitting the ball off the wall and I wouldn’t find a reason to go have a drink. I’d always go for a puck, and meet the lads down the road and hit a few balls.

“It was my own choice, nobody ever told me not to drink, I just never got into it. It could have been a different story if I got into it, it’s just different paths in life,” he explained.

The Patrickswell man, who is a nominee for Hurler of the Year, said he finds that his Catholic faith helps him to remain grounded in the good times and the bad.

“If it’s down to Ballybrown for 10am Mass or Patrickswell for 11.30am Mass, I’d be there. For me, it’s a bit of a structure in my life. When you’re on massive highs from winning or when you’re on a massive low, I say a few prayers or go to Mass and it kind of brings me to level ground.

“If I could go, I’d go the day of the game, but even if we were meeting early I’d go the night before. I’d be saying a few prayers at night anyway.”

Cian finished his Liberal Arts degree at Mary Immaculate College at the start of the summer and plans to work for a year before pursuing his Masters.

To try some new egg recipes check out www.bordbia.ie/qualityeggs.