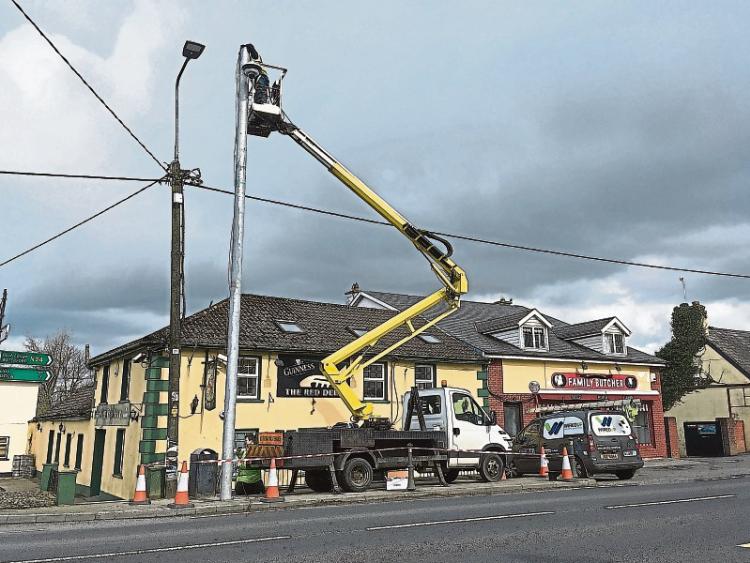 The CCTV system being installed in Pallasgreen earlier this year and below, the signage that has been erected in recent days

CONTROVERSIAL CCTV cameras which have been installed in towns and villages across county Limerick have been activated and are recording in test mode, it has been confirmed.

However, Limerick City and County Council which has overseen the installation of the smart cameras at several locations in recent months says they are not yet ‘live’ or fully operational.

“CCTV cameras are currently recording in test mode to discover and fix any issues that may appear.

“However the system will not be considered to be ‘live’ until monitoring is enabled later this year,” said a spokesperson for the local authority.

Signage has been erected in recent days informing members of the public that the cameras are now in use although it does not state where the footage is being stored or monitored.

The signs, which feature the corporate logos of Limerick City and County Council and An Garda Siochana, state that the CCTV cameras are being operated and used “for the sole or primary purpose of securing public order and safety in public places by facilitating the deterrence, prevention, detection and prosecution of offences.”

Numbered individually, the signs state that Limerick City and County Council is the data controller and a contact phone number and a website are displayed.

However, efforts to access the website this week proved unsuccessful with an error message stating  “Sorry, you are not allowed to visit this page”.

Concerns have also been expressed that some of the signs are not easily accessible to the public and are difficult to read. 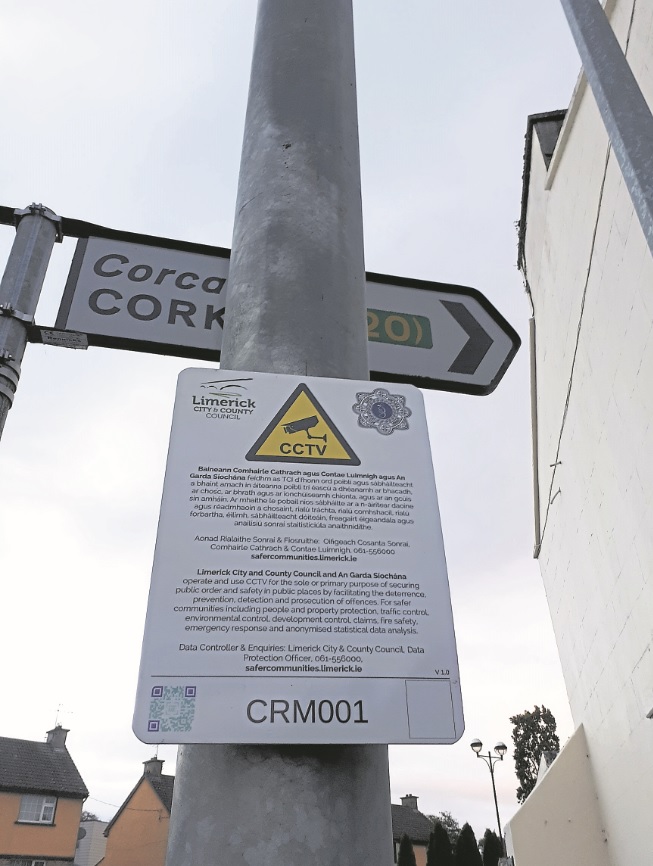 Solicitor Rossa McMahon, who has publicly questioned the roll-out of the cameras, took to social media highlighting the location of one sign which has been erected in Newcastle West.

“This is in the middle of a roundabout on a main road. #dataprotection#gdpr#surveillance,” he wrote on Twitter, adding that the sign had been erected at a height of around eight feet.

This is in the middle of a roundabout on a main road. #dataprotection #gdpr #surveillance pic.twitter.com/pwwjt5PM2T

Earlier this year, Limerick City and County Council said it was taking legal advice about aspects of the hi-tech CCTV cameras which form part of a pilot “smart city” project.

More than 40 cameras, some of which are equipped with Automatic Number Plate Recognition (ANPR) technology, have been installed in 14 towns and villages.

The pilot CCTV scheme was approved by the joint policing committee in August 2017 and received formal approval from the Garda Commissioner last December.