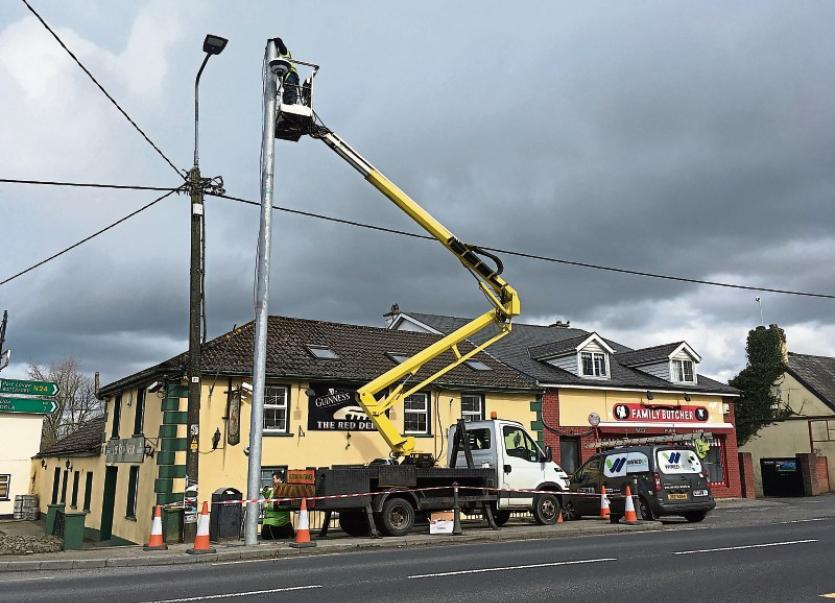 LIMERICK City and County Council's half a million euro state-of-the-art CCTV project is in limbo.

Fourteen communities were picked for the high spec CCTV cameras. At a cost of €500,000 they have been rolled out to  Abbeyfeale, Adare,  Askeaton, Caherconlish, Castleconnell, Cappamore, Croom,  Foynes, Kilmallock, Murroe, Newcastle West, Pallasgreen, Patrickswell and Rathkeale. None are operational.

The reply was that they were still awaiting “legal advice” and there will be a full report at the next council meeting.

Cllr Brigid Teefy said it is causing confusion and cited Castleconnell as an example.

“There was previously CCTV in Scanlan Park in Castleconnell. This was taken down to make way for the new one. As the new CCTV isn’t functional yet they now have no CCTV.

“I am informed by local residents that there has been an increase in public order offences since the old CCTV was taken away. They do work and people feel more confident with them.

“What is the timeframe before they are  working?” asked Cllr Teefy, who added that locals keep asking “are they on?”.

Cllr Lisa Marie Sheehy said the council needed “to get with the programme”.

“We all knew the GDPR date is May 25. Businesses can be fined over it. We have a lot of data we need to protect. We should be compliant,” said Cllr Sheehy.

“Mihai [Dr Mihai Bilauca, head of the council’s digital strategy] has put a lot of work into this. There have been objections but they are not encroaching on private property.

“A Newcastle West solicitor has created mayhem. What are his motives? He will be defending people who can’t be defended. He has a vested interest in this. I think it is disgusting,” said Cllr Gleeson.

Cllr Gleeson is referring to Rossa McMahon who has written to  gardai and the Data Protection Commissioner about the CCTV cameras.

In a Limerick Leader article in March, Mr McMahon said: “I think the council owe it to residents of the county to be upfront about what they are putting in place and to be clear about what the system, which has worrying capabilities, will be used for.”

Cllr Mike Donegan said it was “scandalous” that there was a delay in switching on the cameras over “red tape and bureaucracy”.

Cllr Bill O’Donnell said he assumed there was a national policy.

“They have been working in Limerick city for years,” said Cllr O’Donnell. He joked that if GDPR stops CCTV cameras being used in County Limerick we should consider Eirexit.

Cllr Gleeson asked: “How come the CCTV is working in the city and it is not allowed in the county?”

Cllr Mitchell called for Bruff and Hospital to be included in the next wave of cameras.

“They were omitted. They reduce crime,” said Cllr Mitchell.

The pilot scheme was launched last August and the €500,000 has been funded jointly by Limerick City and County Council and the Department of Housing.