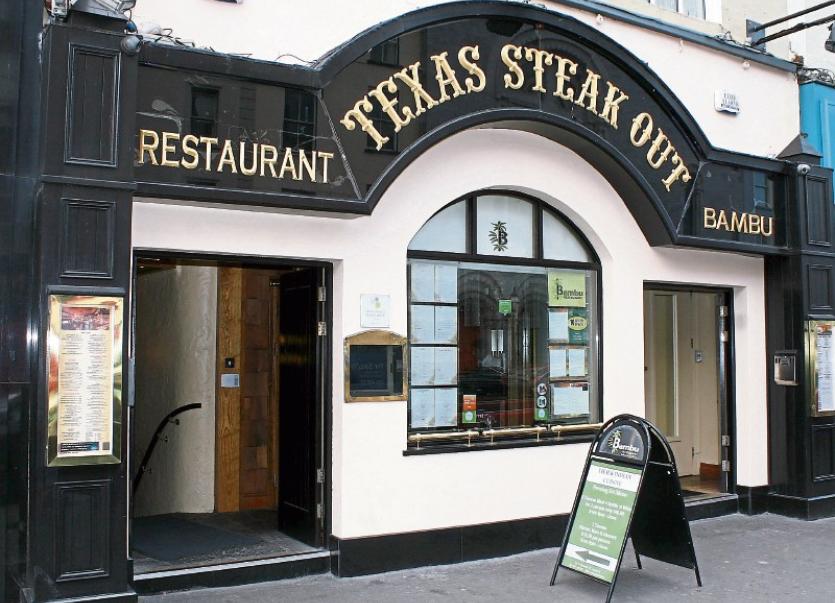 A WOMAN who witnessed a black British man being racially abused at a popular Limerick city restaurant said she believed the group of men insulting the man were talking about the film Twelve Years A Slave.

Derek Burnett of Saffron Walden, Essex, contacted the Limerick Leader describing how he was racially targeted by a group of nearby diners in early September.

He said one of the men said he “hated n*****s” and that he would like to “take a baseball to every one of them”.

It emerged on RTE Liveline with Joe Duffy last week that the restaurant was the Texas Steakout on O’Connell Street.

The Leader made attempts to contact the restaurant, which were unsuccessful.

Mr Burnett told Liveline that he had to leave halfway through his meal and that he was “almost metaphorically chased out”.

The witness, Natalia, claimed that the group of men, who have not been identified, said “he should be eating off the floor”.

“We were in a restaurant and there was a group of men behind me, and Derek would have been right behind me. They were talking really loudly, but I heard them saying: ‘They should be slaves’ and all this, but I didn’t think for a minute that Derek would have been beside them for them to be talking about someone like that. My aunt was looking and spotted that they were slagging the man.

“I thought they were actually on about the film Twelve Years a Slave. I didn’t think someone would actually talk like that.”

She said she confronted the men and said: “You should hang your head in shame” and offered to pay for Mr Burnett’s meal.

“Grateful as I certainly was for the intervention of these good people, and deeply touched by their humanity, the reality is when you are on the receiving end of such bitter animosity, and for no reason other than the colour of your skin, amplified all the more in being away from home and in a foreign country, it is still deeply disturbing and immensely debilitating and you’re left unsure what to think and in deciding the best course of action to take,” Mr Burnett wrote.

He added that it is “high time” that Ireland and the public confront the issue of racism, which he said he has experienced on a number of occasions.