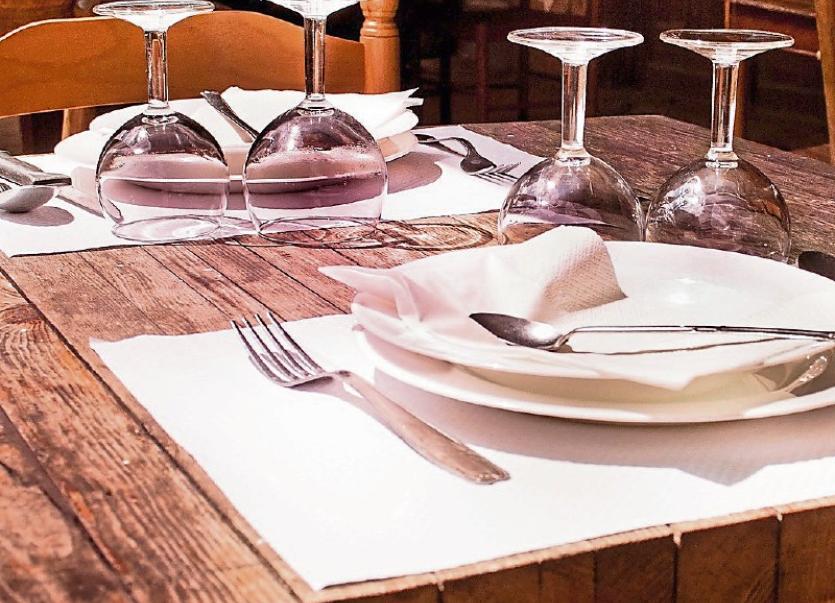 File image of a restaurant

A BLACK British man has expressed shock and disappointment after a racist incident in a Limerick city restaurant, in which a nearby diners said he “hated n*****s” and that he would like to “take a baseball to every one of them”.

In a letter to the Limerick Leader this week, Derek Burnett, of Saffron Walden, Essex, said he was victim of this abuse while dining in a city centre restaurant earlier this month.

He said it was the third time he had experienced racist abuse while visiting Ireland in recent months, and Limerick was his most recent trip.

In the letter, he wrote: “While sitting alone at dinner in what I thought was a quite upmarket restaurant, again totall unprovoked I was loudly and aggressively racically abused by a group of seemingly older men seated at the next table who proudly proclaimed how they hated ‘niggers’ and, perhaps more chillingly, how they would like to ‘take a baseball bat to everyone of ‘them’ no matter whether men, women or children.”

He said a fellow diner in the restaurant “gallantly and bravely sought to intervene on my behalf”.

A witness said the alleged racist comments came from a table of six men and that a number of nearby customers left the area.

Mr Burnett said another racist incident happened in Sligo and another bystander defended him.

“Grateful as I certainly was for the intervention of these good people, and deeply touched by their humanity, the reality is when you are on the receiving end of such bitter animosity, and for no reason other than the colour of your skin, amplified all the more in being away from home and in a foreign country, it is still deeply disturbing and immensely debilitating and you’re left unsure what to think and in deciding the best course of action to take,” he wrote.

He added: “Inevitably, and sadly, it makes one hesitant and cautious when interacting with others in case you encounter more of the same. And it has certainly left me wondering what is it about Ireland that makes such racist behaviour, and presumably racist and stereotypical thinking that lies behind it, so prevalent, persistent and pervasive well into the 21st century.

“So, I have found myself thinking which of my experiences and interactions with Irish people reflects beneath the surface the ‘real Ireland’ – is it that exemplified by those who so readily, and even casually, go out of their way to conduct themselves in such a blatantly racist way, or is it that of the good people who bravely stood up and intervened when they witnessed such unacceptable behaviour.

“Either way, surely, it’s high time that Ireland and its people confronted this issue of racism within its body politic, and grasped the nettle to make clear where the country stands on this issue, just as it has done so powerfully and progressively bringing itself into the 21st century on other equally pressing social issues.