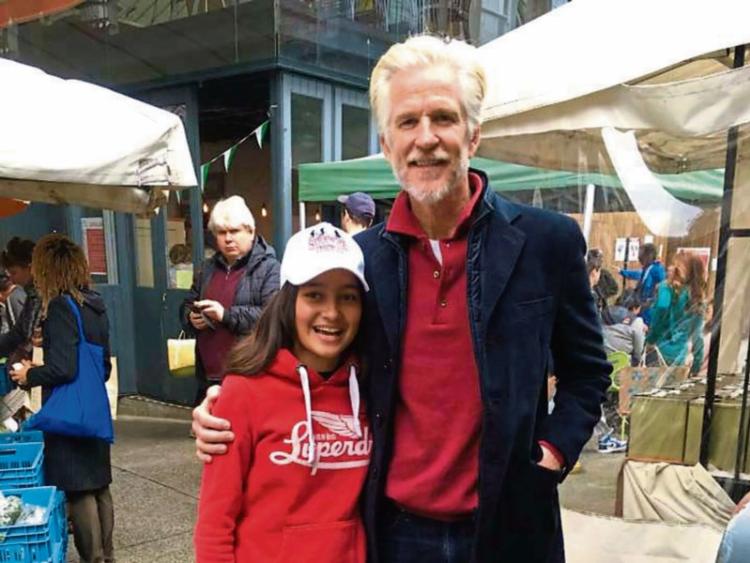 RENOWNED US actor Matthew Modine has continued to wow locals while staying in Limerick for a filming project, even causing quite a stir at the Milk Market.

The actor, perhaps most well-known for his roles in Full Metal Jacket and Stranger Things, has graciously made time for his fans during his stay.

He drew a large crowd at the Milk Market last Saturday morning, where he happily posed for photos and gave autographs.

“What a terrific market. My wife and I ate too much and can’t wait to do it again next Saturday,” said Matthew.

The Milk Market tweeted about the “true gent”.

“Thank you for the visit, kind words and being so patient with all the fans, both staff and customers.”

What a terrific market. My wife and I ate too much and can’t wait to do it again next Saturday! ✌ https://t.co/vzOhE2Eif4

On Twitter, Limerick fans gushed about their experience with the kind actor. One wrote that he is “nowhere near as scary without his lab coat on”, referring to his role as experimental Dr Brenner in Stranger Things.

Another, Aisling Leavy, said: “Was great to meet the kind and wonderfully political Matthew Modine this morning. His biggest Irish fan (Róisín) had us stalk him in The Milk Market and he generously signed her Stranger Things hat and we had a great chat.”

According to informed industry sources, Modine is not filming in Troy Studios but is thought to be here as part of a low budget movie that is being shot around Limerick and the Mid-West.

The actor was also spotted in Bunratty Castle and Folk Park this week, where he is working on the undisclosed film.

Niall O’Callaghan, Managing Director of Shannon Heritage, spent some time with Mr Modine on location at Bunratty, and was effusive in his praise for the veteran actor.

“It was wonderful to meet such an iconic actor, and you could feel the buzz in the air around Bunratty as Mr Modine was recognised by staff and visitors alike. He was a perfect gentleman, more than happy to pose for pictures and autographs with fans.

“We are absolutely delighted to see stars of Mr Modine’s calibre filming here at Bunratty Castle and Folk Park, adding another strand to our long tradition of storytelling,” added Mr O’Callaghan.

Absolute pleasure to welcome this gent @MatthewModine and the crew to @BunrattyCastle for filming today. What better location than Ireland’s most famous castle! We have some homemade sugar free apple pie in the oven especially for Matthew #MartiniShot #FullMetalJacket pic.twitter.com/ffHyhVAHfD