Bathroom at the University of Limerick vandalised with ‘transphobic graffiti' 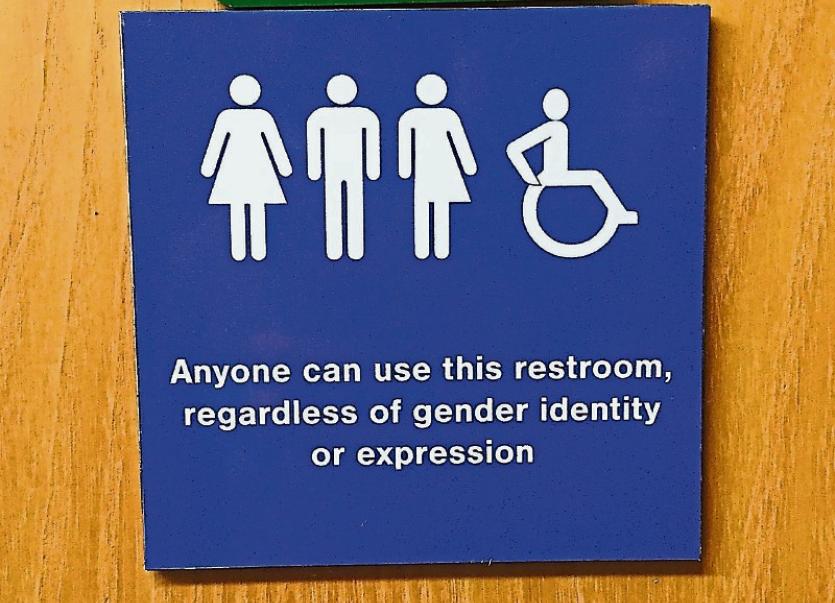 A FORMAL complaint has been received by the University of Limerick after the words ‘mental-illness’ were carved into the sign of a gender-neutral bathroom on campus.

Gender-neutral bathrooms are universal access facilities, regardless of one’s gender identity, and provide bathroom access to transgender and non-binary people.

“This transphobic graffiti is (vile),” one student wrote on Twitter.

“To all the trans community in UL, I am sorry, I hope you are ok and well. As a member of the UL community I believe it is all our responsibility to stand up against hate crimes such as this and last week’s incidents of sexual harassment.”

In 2017, 14 gender-neutral bathrooms were installed across UL in a move widely welcomed by equality campaigners, following a campaign spearheaded by the university’s lesbian, gay, bisexual, transgender society ‘Out in UL’ and the ULSU.

UL was the first campus in Ireland to install gender-neutral bathrooms and this is the first reported incident of vandalism to the bathrooms at the university.

“The sign has been removed and will be repaired and replaced.”

“There is huge commitment by UL management to ensure the university is a place of absolute inclusivity with many new measures taken over the past number of years to achieve this, including the establishment of the gender neutral bathroom facilities.”

Meanwhile, an investigation continues after women exercising on the UL campus last week were “harassed and intimidated” by a group of men.