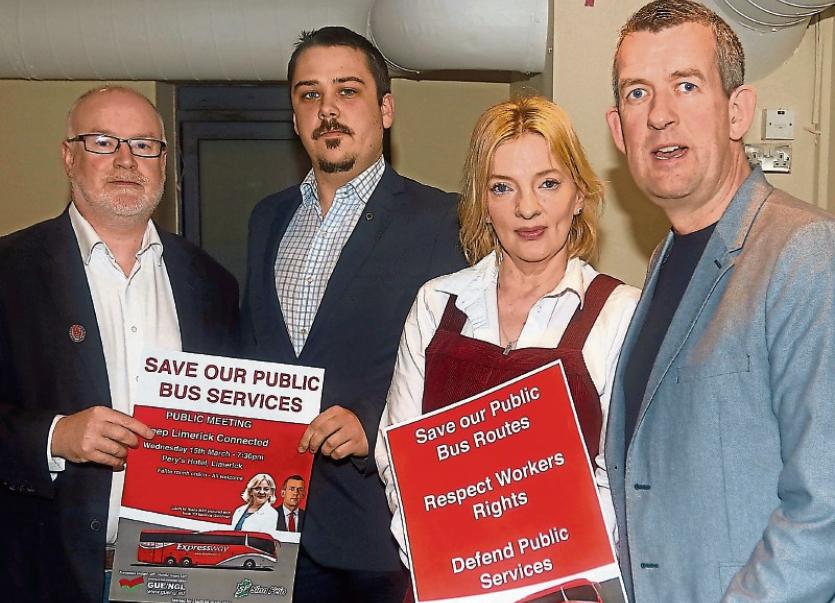 SINN Fein TD Maurice Quinlivan believes the upcoming Presidential election is “all to play for”, after his party showed its hand for the October 26 contest.

Ireland South MEP Liadh Ni Riada, who is a regular presence in Limerick, will represent Sinn Fein in the hope of becoming the country’s 10th president.

Despite the fact the incumbent president – who hails from the Ennis Road – is the favourite to secure re-election to Áras an Uachtaráin, Mr Quinlivan believes the contest is “winnable”.

“She is a fantastic candidate, who has done very well since she has been elected to the European Parliament. She's shown her ability to stand up for both Limerick and Ireland South in the parliament. I believe it's time we had a contest. We need to use this presidential campaign to talk about the type of Ireland we want going forward,” he told The Leader.

Above all, the Limerick TD says he hopes it is a “respectful campaign”.

“I hope it's about Ireland and how Ireland can be better and the future vision for Ireland. I think Liadh will encapsulate that very well,” he added. Ms Ni Riada grew up in west Cork, and is the daughter of musician Sean O Riada. She wants to be “a new President for a New Ireland.”

“Ireland has radically changed since the last Presidential election. We've become a more caring and inclusive society. A global inspiration when it comes to progressive social change,” she said, “But we are only at the beginning of this new chapter. It’s time for all of us – particularly our younger generation – to write our own story.”

Ms Ni Riada took the second seat in the south in the European Parliament election in 2014 with 125,309 first preferences.