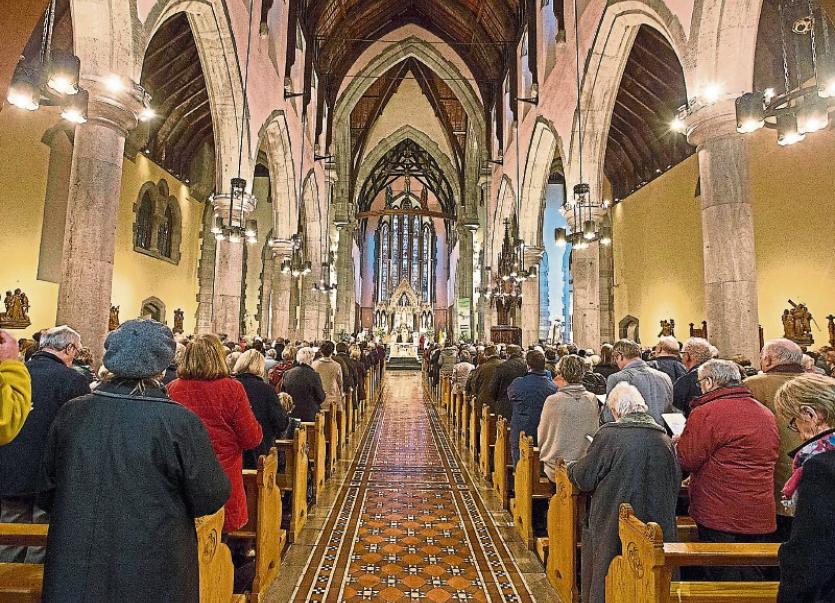 Concern: There are claims that drug users are using holy water fonts to clean syringes at St John's Cathedral

RESIDENTS in Limerick have expressed concern that drug addicts are using holy water fonts to “clean syringes” at St John's Cathedral in the city.

Garryowen resident John Nugent said that residents in the area are “concerned about issues affecting the Cathedral” and that “some addicts have used the holy water font at the entrance to clean needles”.

Mr Nugent, the Garryowen representative for Sinn Fein, said that “one addict was removed from the Cathedral by gardai” recently.

“Older people often visit the Cathedral to light candles and find comfort there. They must be able to do this without fear,” he said.

Parish priest, Fr Noel Kirwan said he was aware of the issue.

“How widespread or how often it happens is another thing. But it does happen,” Fr Kirwan said, noting that it also occurred during his time as parish priest in St Michael's, which is also in the city.

He explained that Mass-goers at St John's can fill bottles of holy water via a container in the cathedral, instead of using the water at the font.

Mr Nugent also said that he has been informed by staff at nearby St John’s Hospital that drug-users are “shooting up” in the hospital toilets, adding that they are passing through security.

A spokesperson for the UL Hospitals Group confirmed: “St John’s Hospital is aware of this issue and has contacted An Garda Síochána about this matter.”

“It truly is a shame that a hospital that is regarded so fondly by Limerick people should be subjected to such behaviour. I would urge immediate extra security from both the Hospital and An Gardaí as doing nothing is simply not acceptable," Mr Nugent said.

Sinn Fein TD Maurice Quinlivan said he was also aware of the incidents at St John's Cathedral and the Hospital.

The TD said that more resources were required for agencies in the city in tackling the drugs problem.

“I am calling for extra resources in the area. The Drugs Taskforce is doing a fantastic job but they can’t do it with the lack of funding. We need to look at it from the health way and to make sure that the taskforce is funded properly. But we also need to make sure there are additional gardai for resources, just to make sure they are responding properly,” said Deputy Quinlivan.