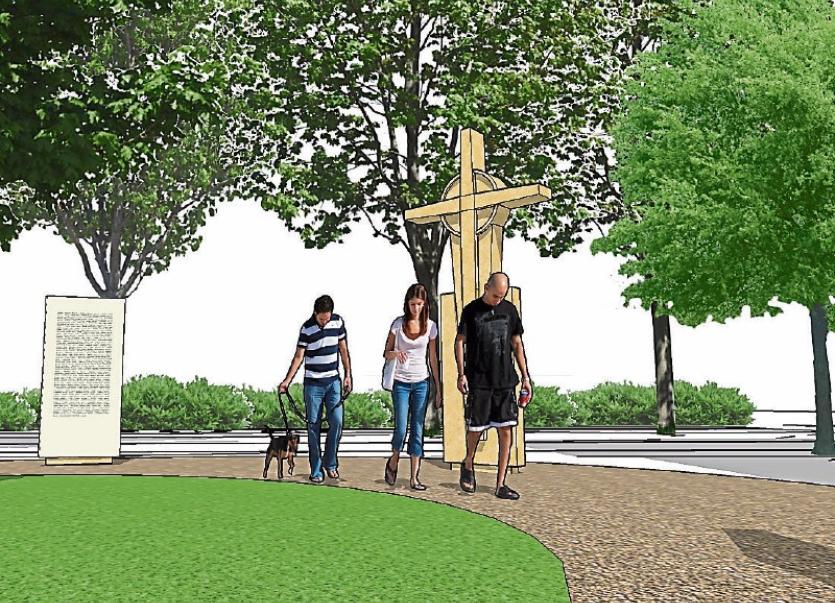 THE People’s Park in Limerick should remain “an oasis of peace”, rather than be home to a new war memorial, councillor John Gilligan has said.

He was reacting to plans – revealed by the Limerick Leader – to construct a shrine to those Limerick people who lost their lives in World War One.

In a lengthy statement, the Independent councillor said: “The People’s Park should remain an oasis of peace with just the song of the birds and the laughter of children to disturb the peace – a far cry from the hell of cannon and rifle fire where so many were sent to be slaughtered. That is a more fitting tribute then what’s been proposed.”

At the heart of the memorial would be a four-metre high stone-central cross. As well as this, the plans show eight stone tablets, two metres high, inscribed with the names of all the victims.

The group delivering the project is the Limerick Civic Trust; the plan being one of the principal goals of its new chairman Thomas Wallace O’Donnell for his term.

There would be three stone benches 3.7m long, and 0.45 metres high and associated gravel paths.

“Unfortunately, over the years remembering the dead of the First World War has become highly politicised – hijacked by the monarchy and the military who were responsible for sending them to there deaths in the first place. What were meant to be places of quiet reflection on a lost generation have become in most cases little more then monuments to imperialism,” Cllr Gilligan said.

This should not be the case here in Limerick, he said.

“After it ended those who had survived or had witnessed the appalling carnage came together and under the noble slogan of ‘lest we forget’ vowed never again to die for those who considered them as inferior beings useful only as economic slaves or when needed as cannon fodder,” he said.

“The survivors gathered each November proudly asserting their common humanity and in total opposition to the international war mongers. In Ireland commemorations can be particularly poignant when we remember the tens of thousands of proud young Irishmen who went to fight for the defence and freedom of small nations, foremost their own, who were cruelly betrayed by the Empire who sent them.

A decision will be made on the plans for the People's Park on October 17 next.