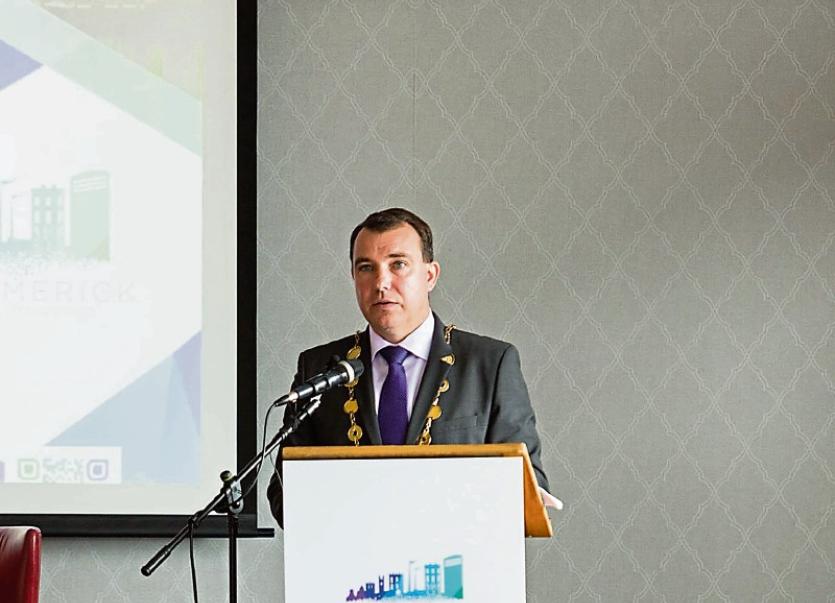 Good idea but... Mayor James Collins says the position must have power to influence policies

THE MAYOR of Limerick City and County is in favour of a plebiscite for a directly elected First Citizen, but only if the office-holder has power to influence policies.

This comes after Taoiseach Leo Varadkar wrote to Fianna Fail leader Micheal Martin, proposing a public vote for mayor, in a bid to extend the parties’ confidence and supply agreement.

If this proposal comes to fruition, a mayor of Limerick could be elected either in the 2019 local elections or in a separate mayoral election in 2020 or 2021.

Cllr James Collins, Fianna Fail, who was elected mayor by his fellow councillors, agreed that it “would be a good idea as long as the directly-elected mayor had actual power to implement some of the policies that they would stand on a platform for”.

Mayor Collins was speaking at the launch of the council’s Smart Limerick digital strategy at the Strand Hotel this Monday.

“But there is no real discussion in terms of what the role of mayor would be. So I look forward to more detail in that regard,” he explained.

Asked about the possibility of a five-year mayoral term, the councillor said: “One of the first meetings I went to when I was elected mayor, and they asked me what I wanted to achieve in my year as mayor. I said a lot of the things I wanted to achieve probably couldn’t be delivered in a year. So you do need some time, like today, you have got the [digital] strategy in place, and then you have to action the plan. So it is difficult to do that within a year.”

He added: “But again, if you have a five-year term for a mayor, you have to make sure that the mayor has sufficient powers at his or her disposal to be able to action out those plans.”

Speaking last week after Taoiseach Varadkar’s proposal to Deputy Martin, Senator Kieran O’Donnell said it was time “the people of Limerick are given their say on having a directly elected mayor”.

He said the idea of a plebiscite would be favourably received by Limerick voters.