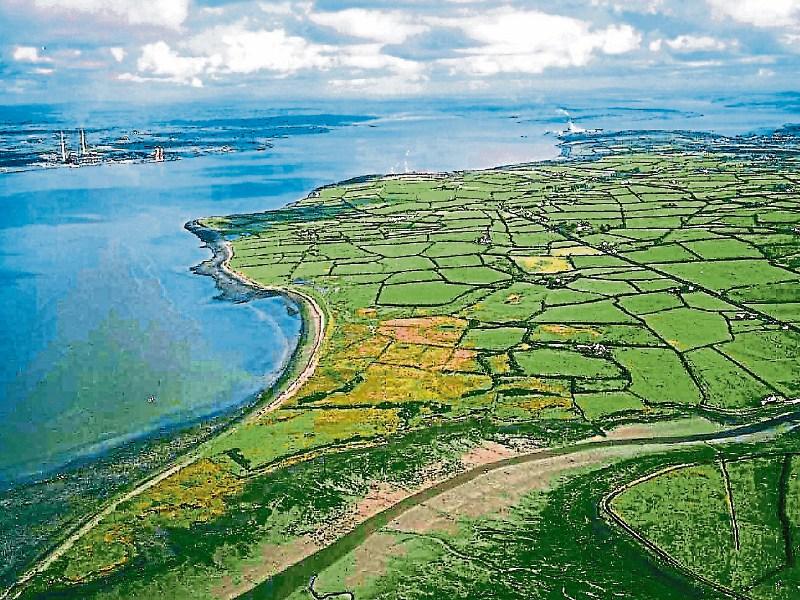 THE plan to develop the Shannon LNG plant in the estuary would lock Ireland and the EU into the continued use of fossil fuels for decades, a group opposing the project, has declared.

It would also lock the country into “using dirty, fracked gas from the US” and would push the planet “closer to runaway climate change” the group, called Futureproof Clare has claimed.

While a High Court injunction was granted this Thursday, a free afternoon concert will take place in Kilkee this Saturday to raise awareness about the proposed project.

The concert at Kilkee Community Centre, from 2-5pm will feature music, mime and the spoken word and is one of thousands of events planned for  ‘Rise for Climate’, a global day of action to provide real climate leadership from the grassroots up.

Anne Marie Harrington of Futureproof Clare said this week they are part of an international coalition of campaign groups opposing Shannon LNG, claiming it will have an impact on people’s health, the local environment and tourism.

“It also makes a mockery of Ireland’s commitment as an EU member to reduce climate-polluting emissions by 40% by 2030, compared to 1990 levels,” she continued.

“According to figures released by the EPA last May, the best-case scenario for 2030 is that our emissions will still be 10% above 1990 levels. That will cost Irish taxpayers billions of euro in fines,” Ms Harrington said.

“The Minister for Climate Action and Environment Denis Naughten admitted  last week that the Government’s plan to tackle climate change by reducing emissions and adopting renewable energy was not working,” she added.

“But just five days earlier, both Mr Naughten and Taoiseach Leo Varadkar gave their public backing to the Shannon LNG project. This is a stunning contradiction.”

Campaigners are also highlighting the consequences for communities in the US.

“Last year, Ireland took a proud step when we banned fracking because of its devastating effects on human health and the environment, but the Shannon LNG terminal simply exports fracking to the US, thereby harming communities in the US where fracking takes place. It’s a shameful Irish solution to an Irish problem,” Ms Harrington said.

“The planning permission for Shannon LNG terminal allows it to output more than twice as much gas as Ireland consumes.

“This is because the developer – and the European Union – plan to export this gas via the UK, turning Ireland into a pipeline for fracked gas from the US into Europe.”

On Saturday, there will be a live video link-up with anti-LNG campaigners in Texas as well as a presentation from the ‘Love Leitrim’ group which was prominent in bringing about the ban on fracking in Ireland last year.

Mime artist Astrid Adler and Robert Ashley Hopkins, along with Katie Theasby and Quentin Cooper will be be among those performing on Saturday.