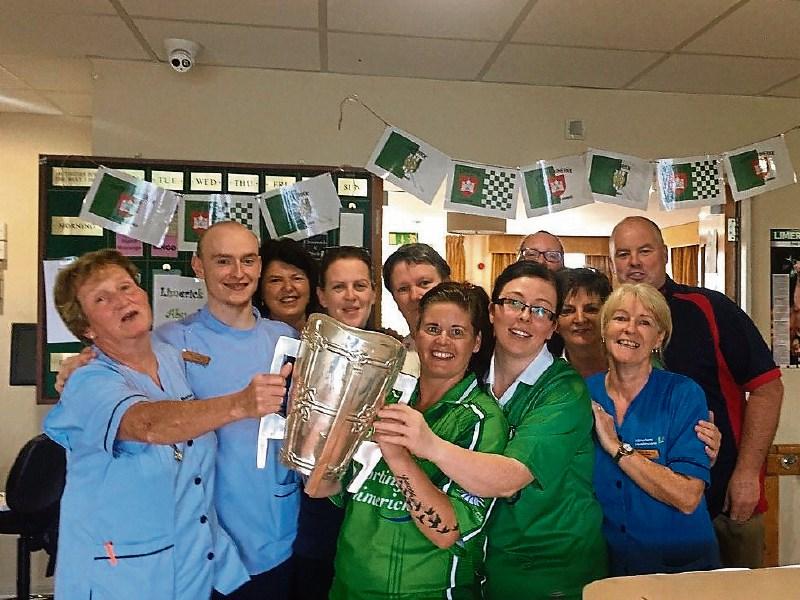 THERE were joyous scenes at Caherass Nursing Home in Croom when the Liam MacCarthy Cup arrived more than a week ahead of schedule.

Following last month’s All Ireland success by the Limerick hurlers, a request was submitted to Limerick County Board who had earmarked September 10 for the visit.

However, at short notice last week activities co-ordinator Geraldine O’Connell was told the cup was on the way as reserve goalkeeper Barry Hennessy was in the area.

“We had emailed the county board the day after the final to request a visit so we had an arrangement and we had a booking but Barry was in Bruff on the day so on his way down he called to us and it was fantastic,” said Geraldine. 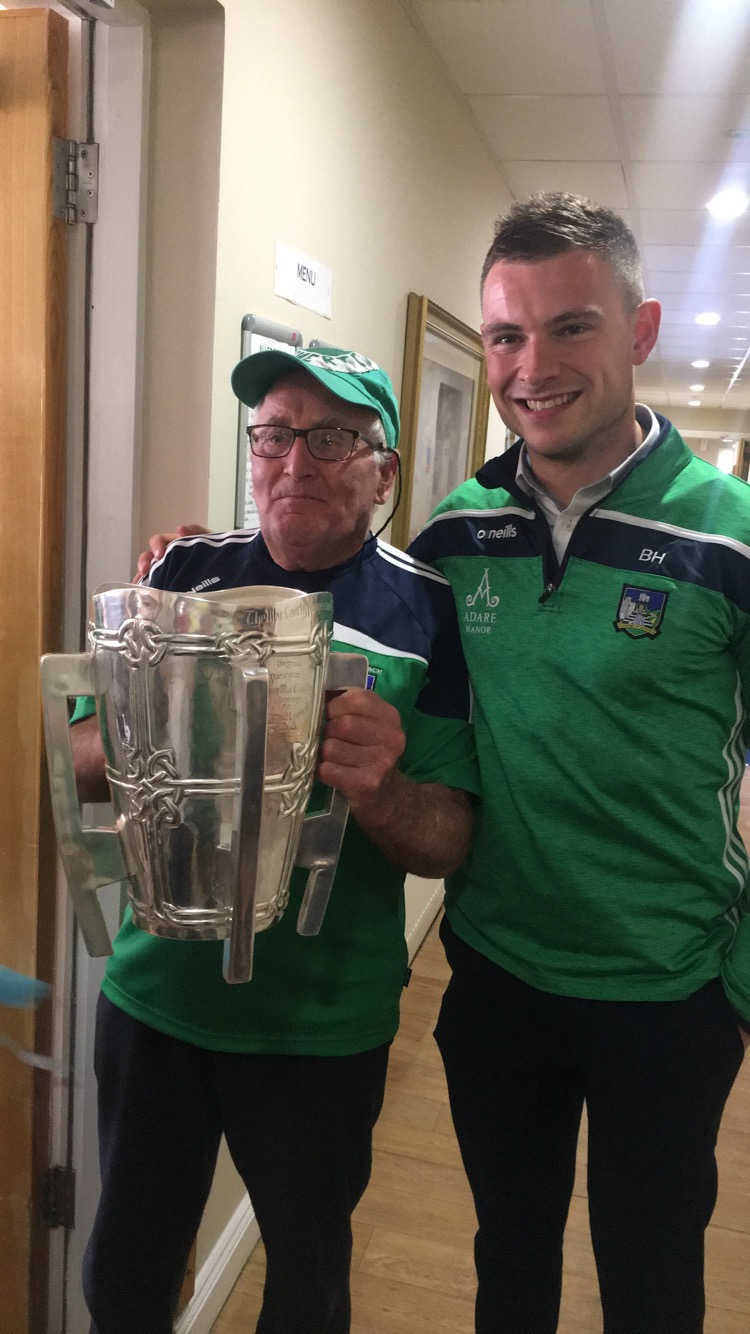 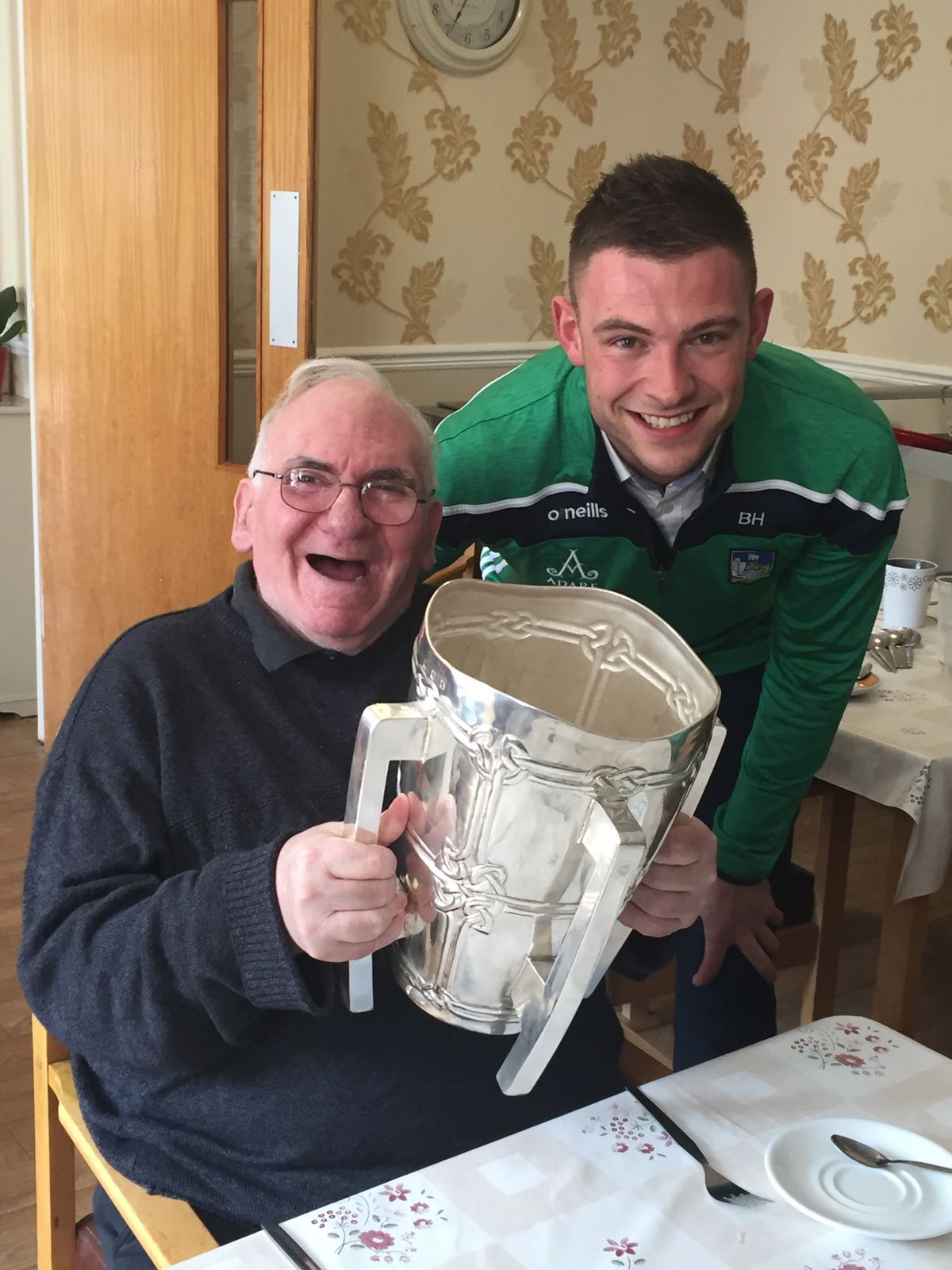 During the visit which lasted for more than an hour residents and staff got to see and hold the silverware while others posed for photographs with both Barry and the Liam MacCarthy cup.

“It was brilliant, there is a nurse who has been working here for 16 years and she thought it was the best day ever in the nursing home,” added Geraldine who said some of the residents were overcome with emotion on the day.

“We have one resident who is very GAA and he was was in tears, he had us all in tears holding the cup, it was momentous it really was,” she added.

Special arrangements were also made on August 19 to enable residents and staff at the Mowlam Healthcare facility to watch the historic All Ireland Final clash together.