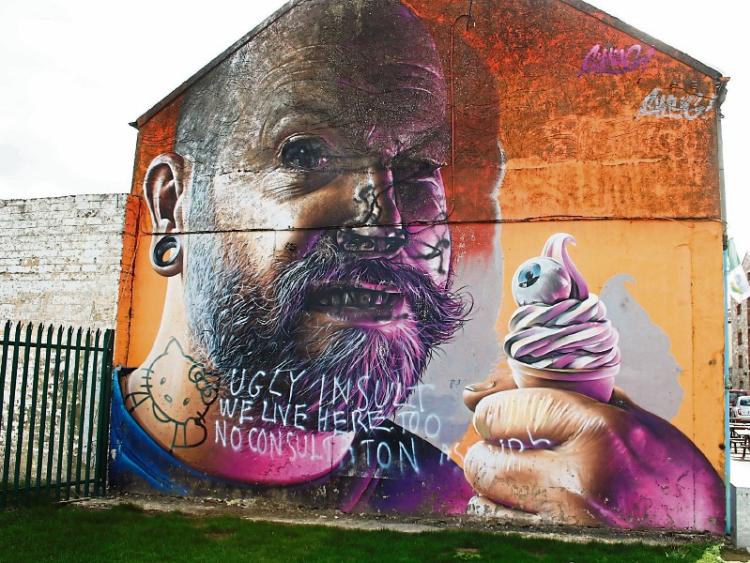 LIMERICK City and County Council will hold talks over the ‘eye-pop’ mural that was defaced for a third time at the weekend.

Members of the public took to social media on Sunday evening, expressing outrage at the latest attempt to vandalise the Nicholas Street mural that was erected in 2013.

A spokesperson for the council told the Leader: “Limerick City and County Council is discussing with various stakeholders the next course of action in relation to the mural.”

The two Limerick mayors, Cllr James Collins and Cllr Daniel Butler are working with the owner of the building to preserve the artwork.