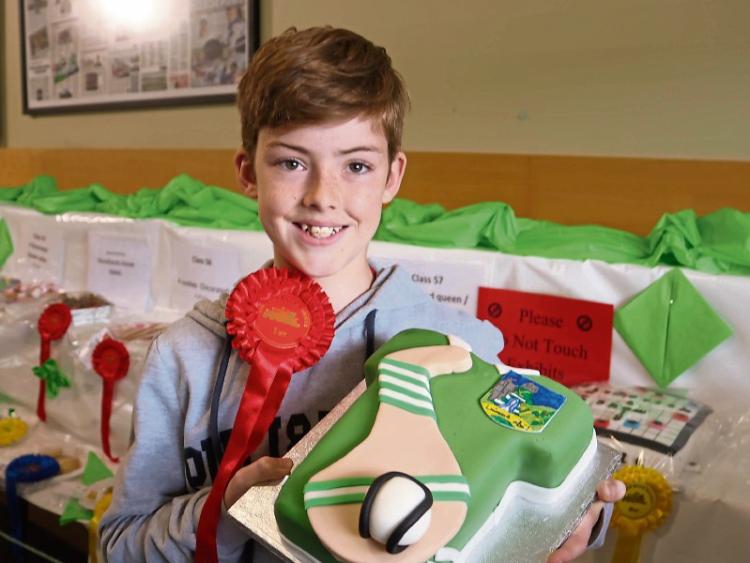 THE SWEET victory by the Limerick hurlers after a 45-year famine prompted a young Limerick lad to bake a cake in their honour - and of course it was a recipe for success!

Kieran Wall, 13, from Crecora spent two days perfecting his entry in the Novelty Cake section of this year’s Limerick Show. The criteria was it had to be baked for a special occasion by a boy or girl aged 11 to 15 years on a maximum board size of 12” by 12” .

“With the All-Ireland I thought this was the best option to go for,” explained Kieran who is going into second year at Colaiste Chiarain secondary school in Croom.

“I’ve always done the Limerick Show doing cakes and cupcakes.  It took two days to make it because you have to make the hurley and then the sliothar and you have to let it set before you can put it on and move it. And then I had to actually draw the Limerick logo. So I got a pencil to draw it out and then coloured it in.”

The hurling and sliothar is done in icing and looks mouth-wateringly tempting.

“It’s all edible,” Kieran pointed out. “The whole cake is edible.”

While Kieran wasn’t at the match - he was watching closely from home.

“It was a good match -  close at the end,” said the teenager who plays hurling and Gaelic football with his club in the half forward or corner forward position.

So what does he prefer, the hurling, the football or the baking?

“I’ve got to say the sports,” he smiled.

But the most important question of all is - does he get to take the cake home?

“They judge it and at the end of the day you get to take to cake home. It’s your choice to eat it or not.”

What’s he going to do?

“Eat it,” he smiles, “I’ve two sisters and they both bake cakes and cupcakes so there will be a lot of cakes at home for us to eat.”