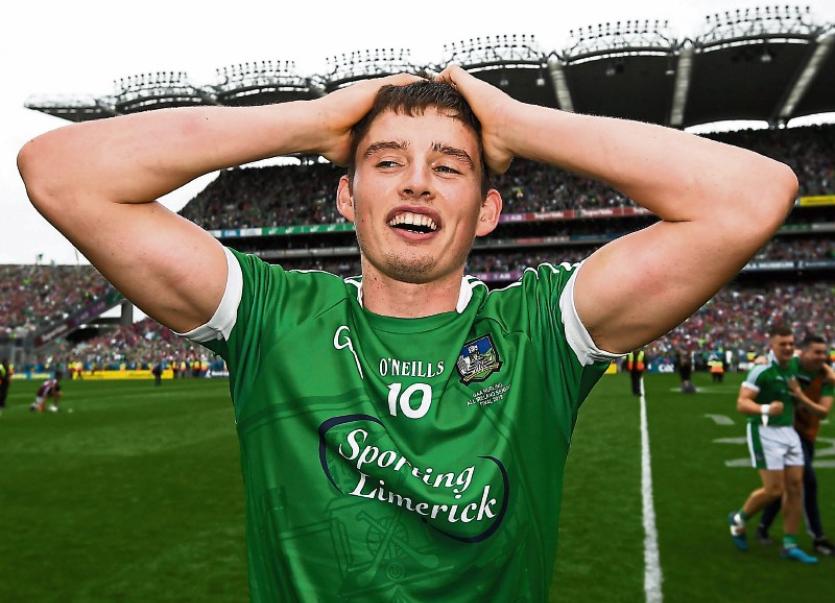 Gearoid Hegarty, who played a crucial role as Limerick beat Galway to claim their first All-Ireland title since 1973 Picture: Sportsfile

THE oldest GAA club in the city is gearing up for an historic day this Saturday, with hurling’s holy grail coming home at last.

Founded in 1886, St Patrick’s GAA have never had a visit from Liam MacCarthy – until now.

It’s all thanks to influential right-wing forward Gearoid Hegarty, who played a crucial role as Limerick beat Galway to claim their first All-Ireland title since 1973.

The Cup will come to Anglers Walk in Rhebogue at 4pm, and club stalwart Eamonn Phelan said they are “rolling out the red carpet”.

“​There’s wonderful excitement around the parish. For the elderly people in the club, it’s a great achievement. I think it will be emotional for many. There is a great buzz in the parish. The school is on already today enquiring about the Cup visiting – and they’re only back today,” Eamonn said on Wednesday.

Gearoid has become a real role model in the club, he added. Incredibly, the 24-year-old turned out for his club in their football championship game in Rathkeale, just six days after the All-Ireland Final.

It was expected he would play for St Pat’s in Croagh this Wednesday, and will line out for the​ hurlers this Friday.

“It goes to show the type of guy he is. Imagine going from Croke Park to the Bog Gardens in Rathkeale,” Eamonn said, “​It’s a good job he’s young!”

Club PRO Mark Phelan said it’s hoped the man-of-the-match against Galway, Kyle Hayes will attend alongside Gearoid, as he has family in the area.

“It will be a huge occasion for everyone involved in the club, especially for some of the older members like Paddy Quilligan and Philip Doyle. To see Liam MacCarthy coming back, and one of our players starting on the team is a dream come true. You couldn’t really put it into words,” Mark told the Limerick Leader.

All are welcome to St Patrick’s homecoming, with a DJ, Irish dancing and a barbecue to enjoy.