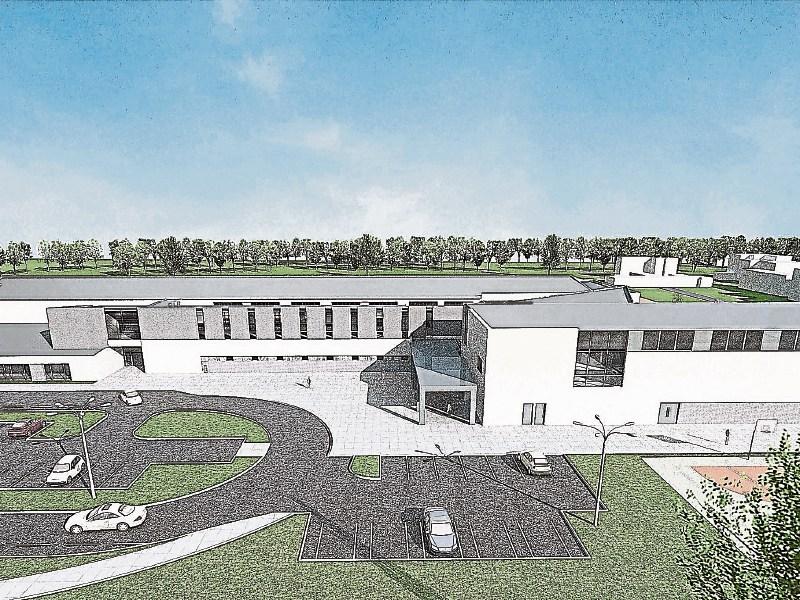 An impression of the proposed design of the new school building

IT’S a day that many feared would never come: the first sod being turned on the site for Croom’s new Coláiste Chiaráin building.

Plans for the provision of a new secondary school building has been rumbling on for well over a decade, and was embattled by several hurdles in the planning and tendering stages.

But this Friday, local Minister of State at the Department of Finance and Public Expenditure, Patrick O’Donovan, will be turning the sod on the new Skagh site.

Local councillor for the area, Richard O’Donoghue, said that parents and pupils have had to be very patient in awaiting this project.

“​At last, after much work by a lot of people, I am delighted that the new school in Croom is ready to go,” he said.

It is hoped that the new building will be ready to move into in 2019.

“I would like to thank all those involved; staff, students and their parents, members of the Board of Management, local public representatives and the local community for their commitment and perseverance in ensuring that the project would be brought to fruition,” he added.