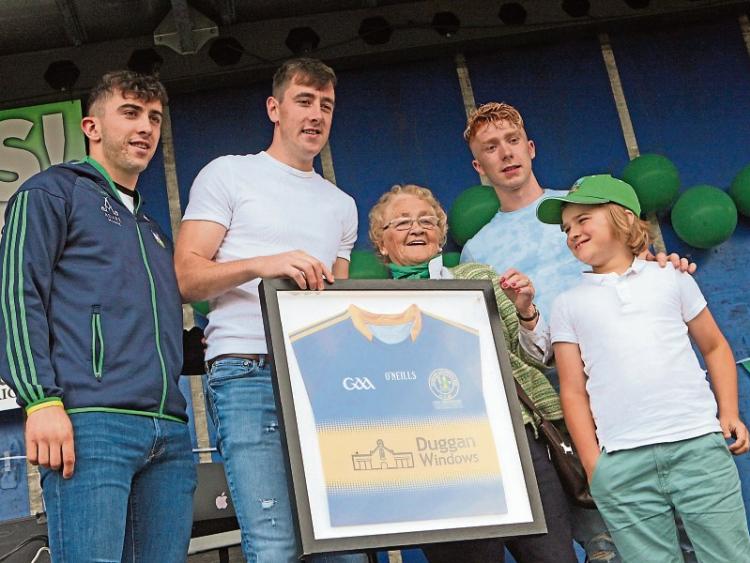 LIMERICK midfielder Cian Lynch has admitted that the reception the All-Ireland winning panel were given on their return home gave him “butterflies”.

Cian, alongside his Patrickswell clubmates Diarmaid Byrnes and Aaron Gillane were given a heroes welcome on their return to the village with the Liam MacCarthy Cup on Saturday.

The trio were mobbed by fans as soon as they got off a bus at the famous old club’s homeground of Páirc Antóin O'Briain.

“To come back here and see your local people, the boys and girls you grew up with, and the legends you looked up to - it obviously means the world to me,” Cian told the Leader.

A key player in the side which bridged a 45-year gap to land hurling’s ultimate prize, Cian admitted he didn’t expect the sheer size of the crowds which greeted them a week ago today after their Croker triumph over Galway.

“No-one in our generation has experienced this, winning an All-Ireland. To come out of the station and see the crowds, I thought that was it. But driving through town and going to the Gaelic Grounds, your belly would start, butterflies would be coming. It’s a weird feeling, but it’s unbelievable,” he said.

The Liam MacCarthy Cup will visit clubs across the city and county in the coming days. On Friday night it was in Kilmallock, while on Sunday night it was in Na Piarsaigh and Doon on Monday night. It is anticipated it will arrive at Gearoid Hegarty’s club St Patrick’s next weekend.